As the markets awaited the next Federal Open Market Committee (FOMC) meeting in September, and the ensuing successor to Fed Chairman Ben Bernanke, the nascent recovery in August muddled along. Second quarter growth surprised to the upside at 2.5% on the back of stronger exports and fewer imports, but the latest estimate of first quarter growth was revised down to 1.1%. While most economists call for second half growth to outpace first half growth, the effects of the spending sequestrations and the end to the payroll tax holiday continue to linger.

Economic headwinds also include yet another debate regarding the debt ceiling and any premature exit from accommodative monetary policy. Inflation continued to appear contained with the most recent readings of 5-year Treasury Inflation?Protected Securities (TIPS) breakevens at 1.8%, Personal Consumption Expenditures (PCE) Inflation at 1.4%, and headline Consumer Price Index (CPI) inflation at 2.0%.

Labor markets continued to meander, with August’s non-farm payroll data showing 162,000 additions and July’s figure being revised down to 104k. It should be noted that government additions were an addition to August rather than the net firings we have seen for most months since the recession. Overall, job additions appear to be slowing, having averaged 160k per month for the last six months compared with 207k for the six months prior. Although the unemployment rate continues to slowly fall, the latest labor force participation rate of 63.2% is the lowest figure since 1978.

Volatility returned to global markets in August, as concerns over broader unrest in the Middle East rising over potential U.S. involvement in the Syrian conflict rattled investors’ confidence. In the fixed income space, markets appeared to be pricing-in a September “taper event” whereby the U.S. Federal Reserve (“the Fed”) would begin paring back its bond buying program known as quantitative easing (QE).

It’s no secret that you must have a great credit rating to be considered for a card like the American Express Gold. So many people don’t even truly know their... Read More

Vanguard's presentation on quantifying the impact of chasing fund performance. H/T Barry Ritholtz The lure of performance-chasing The refrain “Don’t just sit there, do something!” has become part of daily life. The... Read More 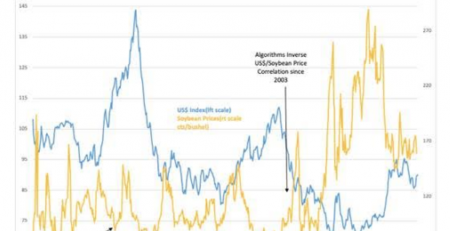 Dear Prudence - A Warning In Today's GDP Growth Data by 720 Global While there is no doubt that patience is a virtue for investors, exercising prudence is equally important.... Read More

Fed: 46 Percent Say They Would Struggle To Meet Emergency Expenses Of $400 American families overall reported continued mild improvement in their financial well-being in 2015 although many families were... Read More