I spent 45 minutes this morning watching the Bloomberg interview with Stan Druckenmiller.  I had a number of other things to share with you today, gathered over the course of the week, but they have been moved to the backseat.  Put Drunkenmiller’s comments in the important category.  Often gruff, I enjoy his clear and candid way.

Outperforming Warren Buffett and most everyone else, Stan’s track record is reported to be 30% per year for 30 years (with never a down year). Let’s just say we should be interested in what he has to say.

I share my notes from the interview below but I encourage you to find some down time, grab a coffee, and watch the first 40 minutes of the interview.  Additionally, you’ll see that the interview references a private presentation Stan made in January 2015 at a Ken Langone (Home Depot founder and frequent CNBC guest) sponsored event.  Someone recorded the presentation and titled it “The Speech at the Lost Tree Club”. It is worth the read.  You’ll find the link below.

You and I are in a tough business.  It is based on probabilities and involves imperfection. The mismatch between customer expectations and practical reality is challenging.  Art Cashin said, “That to survive 50 years in this business, you learn that the first thing you do when you enter a room is look for the exit sign.”  It is with this thinking, along with Drunkenmiller’s material, that I also share a great (short) piece on investing and risk from Ned Davis.  Another grateful nod to NDR for allowing me to share it with you.

I hope you find the material helpful.

Notes From the Bloomberg Druckenmiller Interview

He feels much like he did in 2004 and is more worried about looking down the road than the near term.

He sees no reason for zero interest rates:

On where the Fed funds rate should be:

Every month that goes by we have more and more financial engineering.  We are borrowing to buy stocks.

Stan’s fear is we won’t see a rise for 1.5 years.  No confidence that there will be rate hikes in June, September or by year-end.

He is not predicting a crash or predicting doom.  He is saying that as someone who practices risk/reward for a living, the risk/reward of the Fed moving early is better than moving late.

He was asked about Ray Dalio’s belief that we are seeing 1937 happening all over again. Duckenmiller disagrees stating the two periods are quite different:

On deleveraging he answers that there is NO deleveraging.  We have re-leveraged from an already high 2008 level.  World debt has grown $57 trillion – McKinsey Report. See On My Radar – Schumpeter’s Creative Destruction.

His style of investing is he can change his portfolio within 24 hours.

Something he learned from George Soros: When you see it, bet big.

He believes Europe’s economy has actually turned and is looking better.

He believes the Euro could get into the 80s. Stating, that would be about the average move for a currency when they get into a big trend.  The big currency moves when in motion generally see something like a 50% to 55% move which would target an 80 handle on the Euro.  Don’t forget it was at 82 in 2000.

I really enjoyed his comments around the dollar and the economy:

He cited the following supporting the above:

One mistake he made in the past was getting emotional about investing. Nice to hear that from one of the great traders.

I tried to hit all the important points but click here for the full piece.

When clients and friends ask me for investing advice, I ask them if they are an investor or a speculator.  What I’m trying to do is see what process best suites who they are inside.  Put an investor (let’s call this category broad based asset allocation) “all in” on a few speculative bets and failure is sure to occur.  Broadly diversify the speculator and a similar personality/expectation mismatch is sure to occur.

Great speculators have the conviction to stick with a bet when it is not working. Most also have a risk management process to limit loss.  No one hits 100%. I have heard it said that broad diversification is the only free lunch in the investment business.  To that I agree.  Sure wish I had a 10% allocation to Druckenmiller’s hedge fund over the last 30 years.

The Druckenmiller speech at Lost Tree Club is readable and enjoyable.  You get a chance to get into the mind of one of history’s greatest investment speculators.  All I can say is read it, file it and reread it again another day. It is both enlightening and enjoyable. Link to the full piece here. 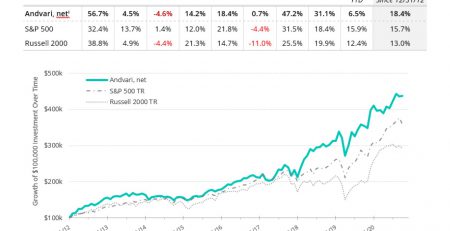