A company “stuck in time.” That’s how many would describe Eastman Kodak Company (PINK:EKDKQ), pioneer of photography technology. While every other photography company has moved forward and entered into the digital realm, Kodak remained “stuck in time” by focusing on too much on their history and failing to capitalize on an important invention — the digital camera. Everybody embraced the digital invention, including rival companies, and Kodak started in the race already too late to generate significant revenues from what was originally theirs.

Finally, after more than 130 years, Kodak, founded by George Eastman in 1880, succumbed to bankruptcy, listing $5.1 billion in assets and $6.8 billion in debts. Revenues were falling because film was no longer popular and Kodak could no longer compete with Canon Inc. (NYSE:CAJ) and Hewlett-Packard Company (NYSE:HPQ) in the digital camera and printing businesses. At the time of its bankruptcy filing, Kodak was already on its sixth annual loss for the past seven years and has already tried to sell more than 1,100 digital imaging patents. Kodak has also pursued royalties to fund its digital printing business and initiated litigation against many companies, including Apple Inc. (NASDAQ:AAPL) and Samsung Electronics Co., Ltd. (LON:BC94) (KRX:005930) for alleged infringement of photography-related intellectual property.

Despite filing for bankruptcy and despite being a little too old-fashioned, Eastman Kodak Company (PINK:EKDKQ) remains an attractive investment for distressed-bond trading. Eastman Kodak, after all, is the pioneer of many things. Just recently, the company sold of the 1,100 digital imaging patents for about $525 million to a consortium of the world’s biggest technology companies, such as Adobe Systems Incorporated (NASDAQ:ADBE), Amazon.com, Inc. (NASDAQ:AMZN), Apple Inc. (NASDAQ:AAPL), Facebook Inc (NASDAQ:FB), FUJIFILM Holdings Corp. (PINK:FUJIY), Google Inc (NASDAQ:GOOG), Huawei Technologies Co. Ltd., HTC Corp (TPE:2498), Microsoft Corporation (NASDAQ:MSFT), Research In Motion Limited (NASDAQ:RIMM) (TSE:RIM), Samsung Electronics Co., Ltd. (LON:BC94) (KRX:005930) and Shutterfly, Inc. (NASDAQ:SFLY) The sale of the digital imaging patents is a key to securing $830 million financing to help the company move out from bankruptcy. The company, however, still needs to sell its personalized and document-imaging businesses and resolve its pension obligation to its United Kingdom arm.

Prior to the sale of the digital imaging patents, Eastman Kodak Company (PINK:EKDKQ) obtained additional debtor-in-possession financing comprised of $468.65 million in “new money” loans and up to $375 million in junior DIP term loans, which DIP financing is convertible to a five-year exit term loan financing. The additional DIP financing will fund working capital requirements and settlement payments, including payments in respect of the UK pension-related proceedings. The additional DIP financing is on top of the $950 million loan from Citicorp North America, Inc., and a consortium of lenders.

Evaluating the Impact of the Argentina Ruling: HBS, NBER Study

Are California and New York in their own secret competition to see who can get the most people to flee their state this year? Lately, it sure seems like... Read More

Jason Zweig introduces us to the writings of Ambrose Bierce as a prelude to his new book "The Devil's Financial Dictionary". Jason Zweig is the investing and personal finance columnist... Read More 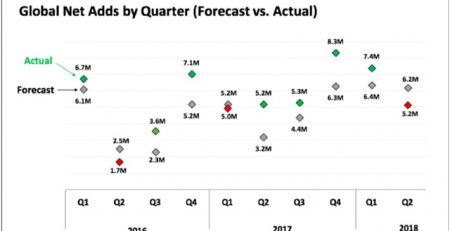 The decision whether a company should pay a dividend is a complex one. Dividends can be a major part of a company’s capital allocation strategy. For example, the Dividend... Read More

Since the Iran confrontation began oil has been sharply higher.  In fact as of this writing, oil trades at $105, up big in the last week.  However, we could... Read More