Elliott Sees A Financial World Put To Sleep By Quantitative Fairy Dust; But Has A Plan – ValueWalk Premium

Elliott Sees A Financial World Put To Sleep By Quantitative Fairy Dust; But Has A Plan

Most major countries in the developed world “are long-term insolvent and have financial systems chock-a-block with debt and derivatives,” Paul Singer and Elliott Management observe in their first quarter letter to investors, as an odd herding mentality in the market is noted that defies logic. In this environment, the Elliott team finds itself in the peculiar position of not wanting to miss a market rally, but wary of drying up liquidity and following the herd. Despite this, Elliott appears to be positioning itself to reap the benefits of a bull market rally fueled by quantitative easing, but at the same time positioning the portfolio for a value adjustment opportunity when it arrives. In this regard, they are not unlike many other major hedge fund managers, such as Seth Klarman, who has a significant hoard of cash sitting on the sidelines with an itchy trigger finger waiting for the big opportunity.

Central bank central planning is scripting a wonderful life on the surface, its what lies underneath that worries Elliott

SPDR Gold Trust (ETF) (NYSEARCA:GLD) has finally broken a streak of continued redemptions, and gold ETF's real holdings were up. In the past week bullion holdings of SPDR Trust... Read More

As the stock market was climbing to record or near record heights last week, high on the notion of Trump tax reform and other "animal spirits," something odd was occurring,... Read More

Gold can be a particularly controversial asset, with some people claiming that it should be a major part of every portfolio and others pointing out that the mining operations... Read More

Kingstown Capital is a New York-based, value oriented hedge fund. It reported -0.7 percent return in the second quarter, and 10.6 percent  year to date. The firm has yielded average... Read More

Q11 2012 was the most active quarter for IPOs since the fourth quarter of 2007. The figures also showed a marked decrease in mergers acquisitions and buyouts. There has... Read More 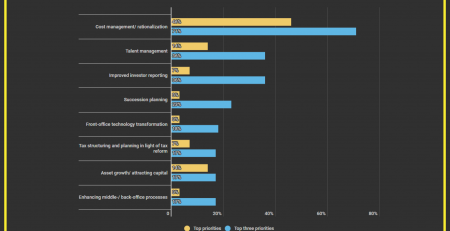 How Fund Managers Are Innovating Around Fees

Technology is making tasks in the financial services industry much easier. Activities which once took a team of experts to handle can now be accomplished faster and with greater... Read More