EM assets have rebounded strongly over the past few trading sessions, indicating that investors who were sitting on the sidelines have begun to put money to work at the start of Q4, notes Barclays.

Andreas Kolbe and team at Barclays in their October 8, 2015 research report titled: “Consensus squeeze” point out, however, that supply is likely to dampen the rally in EM credit.
Technical factors in driving seat in EM assets’ rally
According to the Barclays’ analysts, the rebound in commodity prices has . . .

Under The Hood: How To NOT Invest In The Dynamism Of Emerging Markets by Horizon Kinetics H/T Value Investing World Under the Hood: What’s in Your Index? (An Ongoing Series) -... Read More

Muddy Waters is short TAL Education Group. Get Our Activist Investing Case Study! Get the entire 10-part series on our in-depth study on activist investing in PDF. Save it to your... Read More

Bridgewater: Do Not Fear The Manufacturing Slump 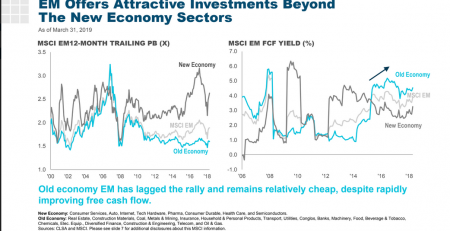 T.Rowe Price, Lazard And More: Is There Value In EM – 2019 Ben Graham Conference