Emerging market equities have struggled since their peak in April, 2011. The iShares MSCI Emerging Markets Indx (ETF) (NYSEARCA:EEM) has lost 11% cumulatively over the last three years, underperforming the MSCI World developed market index by a whopping 40%. Investors are therefore asking: Is it time to meaningfully increase exposure to the emerging markets?

As shocking as it may seem, despite the drop in the broad index, consumer-related stocks actually went UP from the 2011 peak, with health care and consumer staples advancing double-digits, out-performing economically sensitive sectors by as much as 60% (Figure 1). All the pain has been felt in sectors such as materials and energy, which plunged 40% and 33%, respectively. So the investor who thinks this is an oppor­tunity to invest in the developing market consumer at discount prices is in for a rude awakening. The key question is whether the stocks that have been decimated are truly cheap.

We will review the consumer staples, financial ser­vices and materials sectors to provide a contrast in opportunities, and demonstrate why a focus on specific businesses where valuations have adjusted and fundamen­tals can be well understood is critical to investing in the emerging markets today.

The consumer staples sector is one of investors' favorites – it provides access to the rapidly growing consumer econo­mies of the developing world, and is perceived to be resistant to economic cyclicality. Though valuations in the sector have corrected, the adjustment has been modest. Consumer sta­ples price-to-earnings ratio of 26.5x is at the upper end of its 20 year range, and is also close to its highs on a relative basis versus the emerging markets universe at 2.3x (Figure 2). Only the health care sector sells at a higher valuation.

Consumer staples companies in emerging markets have seen their profitability steadily erode since their peak. Profitabil­ity for the group, as measured by return on equity, is currently at 13.9%. This is below the group's long-term average of 14.8% and is well below the 2008 peak of over 17.0%. In spite of this erosion in profitability, valuations have largely ignored the deterioration. We believe this mostly owes to investors' undaunted belief that the emerging middle class consumer is an unstoppable engine of profit growth and therefore should be priced at a premium to just about everything else in the world. While fundamentals are undoubtedly good, these kinds of valuations create risk: while there is upside potential in stock prices if conditions remain sup­portive, there is uncertain downside if they don't.

Stock prices of financial companies in the developing world have been hard-hit, raising the question of whether it is time to make an outsized commitment to the sector. Though the mar­ket appears to be discounting challenges ahead, conditions vary from country to country, with caution warranted where credit has expanded most rapidly and stress is not yet apparent.

The history of credit cycles is that rapid expansion of credit and elevated returns tend to precede periods of higher credit losses and contracting profits for financial institutions. As things go well for a long period of time, credit standards loosen and financial institutions make riskier loans. This results in high levels of credit expansion, which then sets the stage for a period of rising non-performing loans when economies slow or a deeper period of economic stress occurs. We see the signs of a mature credit cycle in the emerging markets in Figures 3 and 4. Credit has expanded significantly, particularly over the last four years, and non-performing loans have not yet started to accumulate, so financial returns remain above average.

Valuations are starting to anticipate the almost inevitable emergence of problems, with current price-to-book values of 1.3x for financials versus a long-term average of 1.8x for both the sector and the broad emerging markets universe. Although valuations are starting to become more favorable, the credit cycle to this point has been relatively benign, sug­gesting caution. Korea and the United Arab Emirates stand out as examples where credit growth has been muted and val­uations are attractive without excessive risk.

Pain In The Materials Sector

Nowhere has a slowdown been felt more than in the materials sector. Although valuations have fallen and are now at about their long-term averages, the sector appears to be at the beginning of multiple years of overcapacity.

Companies made massive investments in plant and equip­ment over the last ten years (Figure 5), raising the balance sheets and capacity to a level about ten times where it was in 2000 after the end of the Asia crisis. Much of this growth in investment was to meet the insatiable demand from China, which, for example, now consumes almost 50% of global steel output. Much of the Chinese demand growth was infra­structure-related, and this trend has to eventually slow. The effects of capacity additions and slowing demand growth are already being felt. The prices of iron ore and copper are down 44% and 34%, respectively, from their peaks, yet are still above their long-term averages, suggesting there may be further correction to come. In contrast, aluminum and steel processing spreads have already narrowed to the levels of prior troughs, indicating potential opportunity. Major players in these basic materials industries are now shifting focus to rationalizing capacity and selling non-core assets in recogni­tion of the new realities. Much like the financials, a low price-to-book ratio may give false comfort in front of a slowdown.

Figure 5:  Materials Companies Have Added Massively To Their Asset Base

Though the emerging markets index has declined since its peak three years ago, sector performance has varied significantly. Consumer-related stocks continued to advance and are still highly val­ued, whereas economically sensitive names have been hard hit. As we have noted in other parts of the world, “safe” stocks in the emerging markets carry premium valuations that would indicate they are not safe at all. As these mar­kets transition from rapid growth and widespread earnings strength to one where pain is starting to pile up, it is critical to be selective, and assess how much further fundamentals can erode, the financial strength which companies have to withstand weakness, and whether valuations discount a “normal” state of affairs.

Past performance is no guarantee of future results. The historical returns of the specific portfolio securities mentioned in this commentary are not necessarily indicative of their future performance or the performance of any of our current or future investment strategies. The investment return and principal value of an investment will fluctuate over time.

The specific portfolio securities discussed in this commentary were selected for inclusion based on their ability to help you understand our investment process. They do not represent all of the securities purchased, sold or recommended for our client accounts during any particular period, and it should not be assumed that investments in such securities were, or will be, profitable. 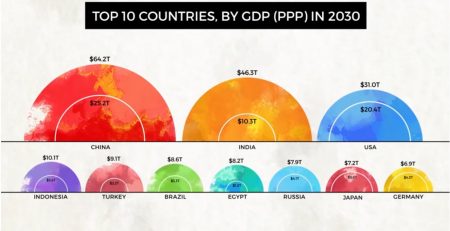 According to a new report from research firm Towers Watson, major American employers (as represented by the Fortune 1000) are facing a huge, largely unfunded $285 billion dollar retiree... Read More

The amount of capital invested in entrepreneurial companies by the venture capital industry hit $27.4bn globally, up from $18.1bn in the first quarter of 2014 Read More

A few days ago, I reported on the state of the gold trade today and how investors had dumped gold as an investment the weeks following the US presidential... Read More

Advanced Manufacturing May Change The Rules Of Economic Development by Dan Steinbock, Difference Group As advanced manufacturing is about to accelerate in China, the rules of economic development could change... Read More