With markets basically saying the election in France on May 7 is all but over, a Deutsche Bank report could burst the bubble of dopamine-laden market participants who have put market volatility to rest. While centrist Emmanuel Macron still maintains a strong lead, that once invincible margin has experienced a notable shift.

In an article published in 24/7 Wall Street today, Douglas McIntyre noted that shortsellers are rounding up shares of tech companies to build up short bets. Short interest in... Read More

There has been a trend certain hedge fund managers, many with a mathematical bent, have been aggressively following since the 2008 financial entanglements. The topic of how voters in... Read More 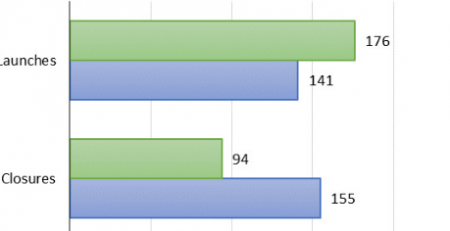 The hedge fund industry has attracted plenty of criticism in recent years for its poor performance and high fees. However, while hedge funds lost money on aggregate in 2018,... Read More

Moody's downgraded its sovereign debt rating for Italy to a notch above junk status, but Bank of America Merrill Lynch holds an uneasy view of the country's debt. In... Read More

Some of the world's most important investment firms announced their earnings this morning. Here's a summary of how they did. Apollo Global Management LLC (NYSE:APO) beat the prevailing trend in investment... Read More