The Dodd-Frank Wall Street Reform Act allowed the Securities & Exchange Commission to bring almost any claim that it can file in federal court to its own Administrative Law Judges. The agency has since taken up this power against a panoply of alleged insider traders and other perpetrators of securities fraud. Many targets of SEC ALJ enforcement actions have sued on equal protection, due process, and separation of powers grounds, seeking to require the agency to sue them in court, if at all.

This article evaluates the SEC’s new ALJ policy both qualitatively and quantitatively, offering an in-depth perspective on how formal adjudication – the term for the sort of adjudication over which ALJs preside – works today. It argues that the suits challenging the SEC’s ALJ routing are without merit; agencies have almost absolute discretion as to who and how they prosecute, and administrative proceedings, which have a long history, do not threaten the Constitution. The controversy illuminates instead dueling traditions in the increasingly intertwined doctrines of corporate and administrative law; the corporate bar expects its judges to do equity, agencies, and their adjudicators, are more inclined to privilege procedural regularity.

Enforcement Discretion At The SEC – Introduction

After a string of losses in federal court, the Securities and Exchange Commission (SEC) decided to take some of its most important business elsewhere. In 2011, Rajat Gupta, the former chairman of the consulting firm McKinsey, was alleged to be part of a 28 defendant conspiracy to engage in insider trading. Cases against 27 of the defendants were brought in federal court; his, one of the last to be brought, was diverted to an in-house Administrative Law Judge (ALJ).

Gupta was just the first high-profile defendant to get this treatment. In 2015, the SEC filed a complaint against Lynn Tilton, Wall Street’s “turnaround queen” and the owner of over 70 companies, alleging that she had defrauded investors of $200 million. The agency asked one of its in-house SEC judges to decide the case. Wing Chau, one of the antagonists of The Big Short, Michael Lewis’s best-selling book on the financial crisis, also found his case before an ALJ. The Computer Sciences Corporation agreed to pay a $190 million fine in a case that never saw the inside of a federal courtroom; that case was settled in front of an ALJ.

These defendants have joined many others who, when they found out where their case was going to be heard, filed suit against the agency for unconstitutionally depriving them of their right to a day in court. They have argued that defendants cannot win before SEC ALJs, a complaint that has been echoed by columnists in the New York Times, editorialists in the Wall Street Journal,11 a white paper issued by the Chamber of Commerce, and even, politely, by one of the SEC’s own commissioners. The agency’s inspector general has conducted an investigation into whether the ALJs are biased. One federal judge has said that these arguments are “compelling and meritorious.” Other judges have agreed.

The SEC has vigorously – and, this article argues, correctly – defended its power to choose where it sues. Agencies have always enjoyed unfettered discretion to choose their enforcement targets and their policymaking fora. Formal adjudication under the Administrative Procedure Act (APA), which is the process SEC ALJs offer, has been with us for decades, and has never before been thought to be unconstitutional in any way. It violates no rights, nor offends the separation of powers; if anything scholars have bemoaned the fact that it offers inefficiently large amounts of process to defendants, administered by insulated civil servants who in no way threaten the president’s control over the executive branch.

The most interesting questions posed by the SEC’s new policy are not doctrinal; they are empirical and cultural. An agency’s turn to formal adjudication is a rare thing these days; it warrants an investigation of how this grand, old, but increasingly disregarded, institution works in its reinvigorated form at the SEC, both qualitatively and quantitatively. This article shows that defendants can rarely escape liability before ALJs, but can reduce their damages, relative to the amount sought by the agency’s Enforcement Division. It also documents the routine nature of much of what ALJs do; defaulting defendants who fail to respond to complaints, imposing sanctions on brokers and investment advisers who have already been adjudged to commit securities fraud in federal court, and so on. Adding high profile insider trading and other cases of first impression to this mix is different from the ordinary sort of work that ALJs are expected to do. 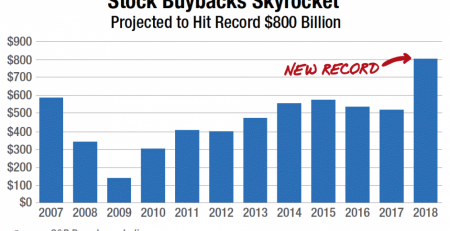 Insiders run off the market During the last decade we have experienced many market manipulations in order to inflate share prices of mostly large companies. One of these suspicious activities... Read More 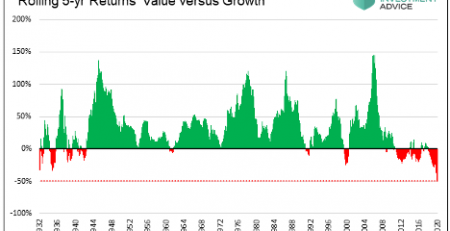 Twitter is not public yet, but that is not stopping many pundits, analysts, journalists etc. from trying to place a valuation on the social media network. Victor Anthony of... Read More

As the island of Puerto Rico illustrates, when a regional government and its citizens are not careful, a debt burden can result in significant changes to an area’s economic... Read More