Equity is a cheap source of funding for large financial institutions. In a large panel of 31 developed and emerging market countries, we find that the stock returns on a country's largest financials are significantly lower than the returns on that country's small financials, after adjusting for risk exposures. In developed countries, the largest banks earn negative risk-adjusted returns, but, in emerging market countries, the anomaly is largest for other financial firms. The large-minus-small, financial-minus-non-financial risk-adjusted spread varies across countries with the institutional, policy, and regulatory environment consistent with stock investors pricing in the implicit government guarantees that protect shareholders of large banks. The spread is larger for banks that operate in countries with deposit insurance, backed by fiscally strong governments.

There is a wealth evidence from credit markets that implicit government guarantees lower the borrowing costs of large financial institutions. Our paper shows that at least some of these guarantees were perceived to significantly benefit not just the creditors, but also the shareholders of the largest banks in developed countries and non-bank financials in emerging markets. As a result, we conclude that equity is actually a cheap source of funding for the largest financials.

In a recent paper, Gandhi and Lustig (2015) (GL hereafter) show that the largest commercial bank stocks in the U.S. have significantly lower risk-adjusted returns than small banks. The size anomaly for U.S. bank stock returns is large. The average risk-adjusted return on the last decile portfolio of bank stocks with the highest market capitalization (or book value) exceeds the average risk-adjusted return on the first decile portfolio of bank stocks with the lowest market capitalization (or book value) by nearly 0.60% per month.1 GL provide circumstantial evidence that attributes the U.S. size anomaly in bank stock returns to implicit guarantees that benefit shareholders of the largest banks. Our paper looks at the international evidence and uses cross-country variation in the bank stock return spread to identify its fundamental determinants.

Government guarantees that are extended to financial institutions absorb risk that is otherwise borne by their creditors and shareholders. These guarantees reduce not only the risk that financial stocks are exposed to, but also the return that is left after applying the standard risk adjustment, mainly in two ways. First, the average risk-adjusted returns on financial stocks decrease in anticipation of the bailouts of shareholders in disaster states (see, e.g., Gabaix (2012)), as long as the exposure of banks to bank-specific tail risk (e.g., bank runs) is not fully spanned by the returns on non-financial stocks (Gandhi and Lustig (2015)). Second, implicit or explicit guarantees (e.g. deposit insurance) grant the creditors of large banks a menu of out-of-the-money put options on the underlying bank asset value (Merton (1977)). Banks are typically not charged the full cost of these options by their governments. As a result, these put options are (partly) priced into bank stocks. Long positions in out-of-the-money put options generate negative alpha when benchmarked against standard, linear asset pricing models (Broadie, Chernov, and Johannes (2007)).

This paper makes two main contributions. Our first goal is to establish that the size anomaly in financial stock returns in the U.S. data exists in other markets. This eliminates sampling error in the measurement of expected returns on U.S. bank stocks as an explanation of GL’s findings. We find that the size effect for financial stock returns is robust across a broad sample of international developed and emerging markets. The U.S. experience is not an outlier. In a large sample of 31 developed and emerging market countries, the stock returns of large financial firms have been puzzlingly low over long periods of time. The difference in average returns between the extreme decile portfolios of financial firms sorted by market capitalization is -10.47% per year. For non-financial firms in these same countries, this difference is a mere -2.52% per year. The magnitude of the effect is much stronger in the second half of our sample, and especially in the years prior to the credit crisis of 2007.

We also uncover significant differences between developed and emerging markets. In developed markets, much of the spread is attributable to the largest banks. On average, in developed countries, the largest banks in the top size decile deliver negative risk-adjusted returns of -3.29% per annum. By contrast, in emerging markets, the spread is mainly attributable to negative risk-adjusted returns for large financial firms other than banks such as real estate investment companies. Consistent with stock markets pricing in guarantees, large financial firms fare much better during economic crises in developed countries, even though they are more levered than their smaller counterparts. A portfolio that goes long in large financial firm stocks and shorts small financial firm stocks on average gains 16% during an economic crisis. We also find that on average nearly 1% of the firms in the bottom 10th decile are delisted during an given quarter that a country spends in an economic or financial crisis, whereas the corresponding number for the top 10th decile is only 0.20%.

Monetary policies in the world do contribute to increasing prices for coverage. The CEO for General Re, a unit of Berkshire Hathaway Inc. (NYSE:BRK.A) (NYSE: BRK.B) recently put forward an... Read More

Trian Partners on Why Legg Mason is Superior to PIMCO

Trian Partners led by Nelson Peltz had a weak Q2, but is still having a great year. The activist hedge fund was only up 0.2 percent in Q2, but... Read More

On Thursday, pressure by the European Central Bank increased as it asked for a joint guarantee on bank deposits across the euro zone, citing a need for Europe to utilize... Read More

The outlook from Asia is strong, Deutsche Bank’s economists note, as they wonder in a monthly regional report is this “As good as it gets?” The Asian economy, while... Read More

The truth is known to many inside the financial services industry. Government officials are known to frequent elite conferences and occasionally mingle with participants at select after parties. But... Read More 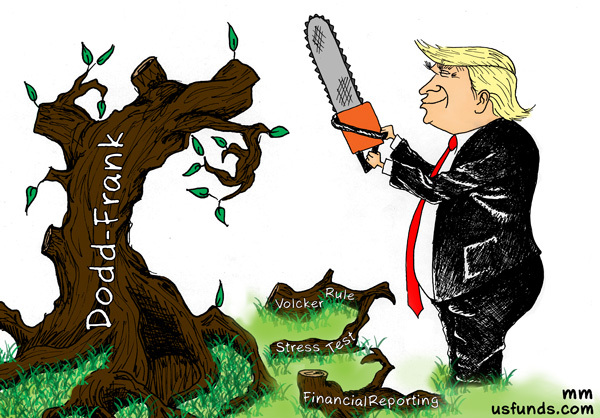 March 16, 2018 By Frank Holmes CEO and Chief Investment Officer U.S. Global Investors Between yet another high-profile personnel shakeup at the White House and a nail-biter special election in Pennsylvania’s... Read More

Goldman Sachs is out with a new report tonight in which they note that China is likely to grow slower than many anticipate. The note authored by Li Cui cuts... Read More