Deutsche Bank AG (ETR:DBK) (FRA:DBK) (NYSE:DB) also announced that it will issue new shares worth 2.8 billion Euros ($3.7 billion) and that it will also seek an additional 2 billion Euros of subordinated capital over the next 12 months. The largest German bank is seeking to strengthen its capital position to be able to weather future crisis, increase dividend payouts, and comply with future German and U.S. regulations. The capital raise was welcomed by analysts. CNBC reported that Credit Suisse Group AG (NYSE:CS) lifted its rating on the stock to “neutral” from “underperform” and raised its price target to 35 Euros from 32, arguing that the strengthened capital position should put the group in a better position to deal with regulatory challenges, a weak economy, and any litigation. 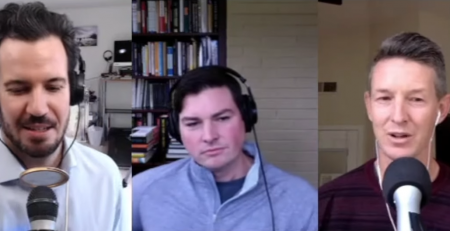 500 New Jobs Up for Grabs as Walgreen Co. Expands Headquarters

Walgreen Co. (NYSE:WAG) will invest a total of $75 million to renovate and expand more than two dozens of its corporate offices in Illinois over the next three years,... Read More

Hedge Funds: Put Into Perspective – Ahead Of The Mainstream

Hedge Funds: Put Into Perspective - Ahead Of The Mainstream by Bruno J. Schneller, CAIA & Miranda Ademaj, Skenderbeg Alternative Investments "The world's most influential economic mentor is neither Keynes... Read More