Gorton and Rouwenhorst (2006) examined commodity futures returns over the period July 1959 to December 2004 based on an equally-weighted index. They found that fully collateralized commodity futures had historically offered the same return and Sharpe ratio as U.S. equities, but were negatively correlated with the return on stocks and bonds. Reviewing these results ten years later, we find that our conclusions largely hold up out-of-sample. The in- and out-of-sample average commodity risk premiums are not significantly different, nor is the cross-sectional relationship between average returns and the basis. Correlations among commodities and commodity correlations with other assets experienced a temporary increase during the financial crisis which is in line with historical experience of variation of these correlations over the business cycle.

Commodity futures play an important role in the global economy, allowing companies to insure the future value of their outputs or inputs. This future price risk is shifted to investors who receive compensation for bearing it. Gorton and Rouwenhorst [GR] (2006) examined commodity futures returns over the period July 1959 to December 2004 based on an equally?weighted (EW) index. This is the longest data set of commodity futures. They found that a portfolio of fully collateralized commodity futures offered the same average return and Sharpe ratio as U.S. equities, and, depending on the investment horizon, had low or negative correlation with equity returns and bond returns. Distinct from stocks and bonds, commodities have a positive correlation with inflation. Since the writing of that paper, ten years’ worth of new data has accumulated, which presents an opportunity to examine whether the basic results reported in the original paper have changed. The out?of sample period includes the global economic expansion led by the industrialization of China, a housing boom and bust in the United States, the largest financial crisis since the Great Depression, followed by a monetary policy stimulus response which has driven interest rates towards zero. It is against this rich background that collateralized commodity futures gradually gained acceptance as an asset class. The decade has also seen an increased interest by academics in questions concerning the behavior of commodity prices, and the effect of changes in the composition of participants in commodity futures markets (see Rouwenhorst and Tang (2012) and Cheng and Xiong (2014) for recent surveys).

While acknowledging that ten years of data is not always sufficient to draw definitive conclusions, we find that most of our original findings hold up out?of?sample. Between 2005 and 2014, the average risk premium of the EW index was 3.67% per annum, which is somewhat lower but not significantly different from the in?sample average of 5.23% during the 1959?2004 period. The out?of?sample ten year risk premium is close to the median of the distribution of all possible ten year blocks for the period July 1959 to December 2004, with 49% of the decades showing a risk premium lower than 3.67% and 51% yielding a higher risk premium. The finding of a positive risk premium is consistent with the fundamental economic function of futures markets.

The correlation among commodities and the co?movement of commodities with other asset classes has varied during the out?of?sample period, and increased substantially during the financial crisis. Experience from previous episodes of economic turmoil shows that these correlation increases tend to be temporary in nature, and it appears that they have since returned close to their long?term sample averages. Correlations between commodities and inflation have been positive in the past decade, albeit in a low inflation environment. Finally, the futures basis, an indicator of scarcity of physical inventories, has been reliably correlated with the cross?section of futures risk premiums. Exchange traded futures markets have experienced substantial growth during the out?of sample period. Despite the temporary contraction during the financial crisis, the open interest for the average commodity has more than doubled since 2004. At the same time, the composition of market participation has stayed relatively stable. 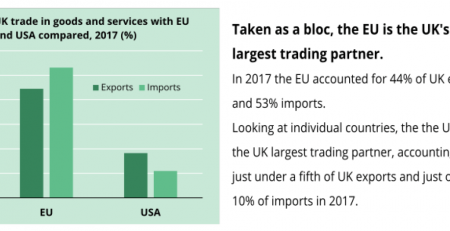 Investing in stocks not traded in our own country requires us to assess the foreign country’s rules and laws that govern its political and economic systems. Q3 hedge fund letters,... Read More

Global AUM reaches $2.49tn as the industry doubles in size over the past decade The total assets under management for the private equity industry* have grown to a record $2.49tn... Read More

Bill Gross said that the Federal Reserve may become more "dovish" after oil price drop and would have to take lower prices "into consideration." If he would to give advice... Read More

When an investment system uses the term “Buckets of Money” to describe its tactical portfolio diversification strategy, it is likely to draw heat from regulators. But after cracking down... Read More

As stock markets touched record highs, long/short equity hedge funds rose to welcome one of their best years. Nearly all hedge fund benchmarks show how much better these have... Read More

Optimism Is Still Strong… But Get Out Before The Euphoria

“Bull markets are born in pessimism, grow in scepticism, mature in optimism, and die in euphoria.” - Sir John Templeton Check out our H2 hedge fund letters here. Despite some recent... Read More