H/T To our friend Todd Sullivan of ValuePlays

Lacking (as we discuss below) any meritorious objection to Fairholme’s demonstration of why both supplementation of Defendants’ document submissions and limited discovery are ap-propriate, Defendants engage in a sustained effort to convince the Court that it should not even consider the merits of Fairholme’s Motion. Defendants’ first attempt to avoid such scrutiny comes in the form of their complaint that the Motion conflicts with the agreed-upon briefing schedule. Treas. Opp. 10-11; FHFA Opp. 13.1 Notably, no Defendant can point to any provision in the scheduling order that precludes the relief Fairholme seeks. The most they can do is point to a provision that explicitly preserves Fairholme’s right to seek discovery, and argue that that provision somehow renders Fairholme’s decision to seek to invoke that right at this time not only premature, but improper.2 Defendants’ argument is meritless.

The order provides only that the briefing schedule was “without prejudice to the parties’ rights to oppose any summary judgment motions under Federal Rule of Civil Procedure 56(d), in whole or in part, on the ground that further factual development is needed.” Order Regarding Briefing Schedule In All Cases at 2 (Doc. 21) (Nov. 18, 2013). Nothing in this provision waives Fairholme’s right, once it received Defendants’ facially deficient administrative records and dis-positive motions relying on those records and on disputed assertions of fact, from seeking sup-

plementation of the record and limited discovery before filing its response to the motions.

The Treasury Defendants suggest that Fairholme’s motion reflects its attempt to get two cracks, instead of one, at an opposition to Defendants’ dispositive motions. Treas. Opp. 10. Pre-cisely the opposite is true. It is Defendants, not Fairholme, who apparently believe that it some-how makes sense for Fairholme to file a full opposition to the dispositive motions now, before having access to the record supplementation and the discovery to which it is entitled, and for it to file a second opposition later, after it has had the benefit of such supplementation and discovery. The much more efficient course would be for the Court to address whether Fairholme is indeed entitled to the information needed to respond fully to the numerous arguments Defendants chose to include in their omnibus dispositive motions. Significantly, no Defendant suggests that such a procedure would prejudice them in any way. That fact alone should end the inquiry.3

ments without wading into the issues raised by Fairholme’s Motion. See Treas. Opp. 11-16;

1.         To begin with, even assuming that Defendants’ jurisdictional arguments are both

Fairholme seeks. Defendants have chosen to file omnibus dispositive motions, including re- quests in the alternative for summary judgment, that assert a wide variety of defenses against

Fairholme’s claims. It is undisputed, and indisputable, that a central feature of Defendants’ mo-tions is their attempt to provide a justification, on the merits, for the Net Worth Sweep. That jus-tification, in turn, is premised in large part on Defendants’ disputed characterization of the Treasury’s and FHFA’s reasons for implementing a new dividend scheme, see, e.g., Treas. Opp. 3-5; FHFA Opp. 9-12 – a characterization that Fairholme maintains is pretextual.

Where, as here, Defendants have chosen to file omnibus motions that largely depend on Defendants’ factual assertions, the Court need not and ought not halt progress in this case to pluck out of the motions discrete legal issues for briefing and resolution in isolation.4 Defend-ants have cited to no decision that would require such an inefficient course of action. Rather, the Court should defer ruling on such issues until the completion of the requested supplementation of the record and discovery on the disputed factual assertions, so that each entire omnibus motion may be resolved at one time. At a minimum, if the Court is inclined to decide such legal issues now, it should permit the requested supplementation and discovery to go forward while those issues are briefed and resolved.

2. Even considered on their own terms, however, Defendants’ “threshold” jurisdic-tional arguments lack merit under settled precedent. Moreover, despite Defendants’ claims to the contrary, their attacks on this Court’s jurisdiction clearly depend in large part on Defendants’ own characterization of disputed facts as to which Fairholme seeks discovery.

Fairholme Response to FHFA by ValueWalk.com

Gary Klein’s excellent new book, “Seeing What Others Don’t: The Remarkable Ways We Gain Insights” starts with a neat looking equation: In other words, if you have to get better... Read More 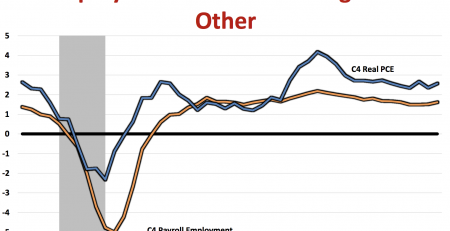