Rafferty Capital Markets analyst Richard X. Bove again comments on the ongoing Fannie Mae saga, arguing that if the government gets its way, Fannie Mae’s stock will plummet to zero.

Fannie Mae / Federal National Mortgage Assctn Fnni Me (OTCBB:FNMA) reported a fourth quarter loss of $0.13 per share to common shareholders. Income before payments on the Senior Preferred issue was $1.12 per share. If one assumes that there was a 10% dividend payment on the senior preferred; a normal dividend on the junior preferreds; no recovery on the foreclosed properties; and a 30% tax rate; Fannie Mae earned $0.31 per diluted share.

The earnings forecasts for Fannie Mae / Federal National Mortgage Assctn Fnni Me (OTCBB:FNMA) are basically set at $0.01 per share per quarter under its current arrangement with the United States Treasury.

Under current rules, banks are being incented to drop their holdings of Fannie Mae debt and shift to Ginnie Mae’s and Treasuries. Under the going concern approach the yield on the Fannie Mae / Federal National Mortgage Assctn Fnni Me (OTCBB:FNMA) debt would be high enough to cover the higher capital requirements for holding these securities.

The next set of numbers is assumed to be the same under both scenarios. The recoveries on rep and warranty suits will decline relatively rapidly. The yield on foreclosures will decline as the inventory of bad loans declines.

On the expense side, it is assumed that operating costs will be unusually low relative to revenue since very few people are needed to run a company of this size.

It is assumed in the going concern model that Fannie Mae would pay a tax rate of 30%. It would pay dividends on all junior preferreds and the rate on the senior preferred would be 10%, not 100% of earnings.

These assumptions and the enclosed model are purely hypothetical because the firm is headed for extinction unless the courts or Congress save it. The reason for going through the exercise is because I believe the company is too vital to the economy to be eliminated.

It must be understood that if nothing changes this stock will be worthless in 3 years.

I spent some time this weekend reading the government’s request to dismiss the Fairholme case against the Treasury. A very rough outline of the government’s points are provided in the outline on the next page under the heading Introduction.

It is followed by a second section that raises some broad issues with the government’s logic. I have not attempted to answer any of the government’s legal arguments. I am sure that Fairholme can make its legal responses available to those who seek them.

My questions and thoughts focus basically on one issue. I do not see the necessity for the Third Amendment. The Treasury argues that it was necessary to assure the world that Fannie Mae would remain solvent. However, in August 2012 when the Third Amendment was put in place Fannie Mae / Federal National Mortgage Assctn Fnni Me (OTCBB:FNMA) had already returned to profitability and it was very clear that not only would it be solvent but that it was about to generate large profits.

Therefore, in my simple mind, the Treasury and the Federal Housing Finance Agency acted for one reasons alone. That reason was to prevent shareholders from sharing in the profits that these entities knew were coming.

If they get away with this ploy Fannie Mae / Federal National Mortgage Assctn Fnni Me (OTCBB:FNMA)’s stock will plummet to zero. If they do not, the stock has a very bright future.

A. Rescue of the GSEs

1. Congress authorized the FHFA to place the companies into conservatorship
2. “The Department of the Treasury (Treasury) committed to restore the safety and soundness of the Enterprises through agreements to make hundreds of billions of dollars available.”
3. Plaintiffs acknowledge that the capital infusions were necessary.

1. Purchased preferred stock
a) With full knowledge of the Treasury’s actions, and
b) Continue to purchase the stock.
2. Did not challenge rescue effort.
3. Only after five years when the entities turning around did Plaintiffs challenge the Third Amendment.

1. Their right to receive dividends on junior preferred stock.
2. Their rights to liquidation surplus.

1. Initial response.
a) Plaintiffs never had the right to dividends.
b) There is no liquidation surplus because the Government Sponsored Enterprises have not been liquidated.
c) The Government has not taken something that never existed.

a) The preferreds were not taken

b) The Courts have consistently argued that there is no taking when the Government acts as  conservator.

a) Shareholders had no basis on which to expect a dividend
b) There is no unconditional right to a dividend by law or contact.
c) Dividends are discretionary
d) This is particularly true when the conservatorships mandate is to dispose of GSE

a) Plaintiffs do not contend that the GSEs must declare a dividend when they are under a conservatorship
b) The GSEs expressly stated that they would not pay a dividend.

c) Under the Housing and Economic Recovery Act (HERA) the decision not to pay a dividend is not challengeable.

6. Sixth response
a) The corporations are not in liquidation.
b) Even if they were there is no right to share in the liquidation surplus.

1. There have been no takings therefore there is no case.
2. The Treasury cannot be sued in this instance because

3. The plaintiffs have no standing to sue

a) HERA gave the FHFA all rights to decision making at the GSEs.
b) The plaintiffs cannot contest the actions of the FHFA.

4. Cannot sue if there is no basis for claiming loss
a) Decline in the value of the stock not a basis
b) Loss of dividends not a basis

5. Plaintiffs have not brought any claims on behalf of the GSEs

2. The OFHEO failed in its duties and bankrupted the GSEs

B. In 2008 the conservatorship was transitioned to FHFA

1. Did FHFA pick up OFHEO’s obligations and therefore its responsibility for the GSE failures?

2. Is FHFA both the source of the GSE failures as well as its supposed savior?
3. HERA did not put the GSEs into receivership even if FHFA has the right to do so.

2. Reason for issuance
a) GSEs supposedly did not have the money to pay a dividend on its Senior Preferred Stock series 2008-2 which was wholly owned by the Treasury (Treasury preferred)

b) Failure to pay the dividend would have

c) By eliminating the requirement for a fixed 10% dividend

(3) This would strengthen the GSEs by

3. Some of my thoughts

(2) Was this legal or did it void HERA without Congressional approval to do so?

(1) Is the Treasury forcing the GSEs into insolvency

(a) There was none when the GSEs were mandated to eliminate their capital
(b) Why would there have been one if the GSEs had been forced to raise the size of their capital by adding arrearages to the Treasury preferred?

Treasury’s preferred
(2) There was no economic reason for the Third Amendment
(3) The Third Amendment appears to have been created specifically to stop junior preferred and common stock holders from receiving dividends.

Michael Steinhardt is one of the fathers of the modern hedge fund business. But in 1995, after accumulating more wealth than he ''knew what to do with,'' he closed... Read More 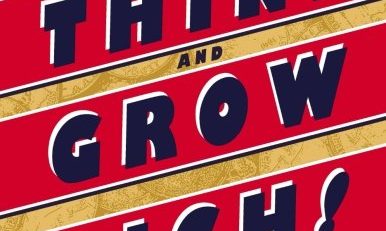