On Monday, the FBI told a group of reporters in New York that with its current stable of informants, it will continue investigating alleged illegal insider trading at hedge funds for at least five more years.

The agency has been working on an operation named “Perfect Hedge.” Since 2009, its investigations have resulted in actions against Galleon Group’s founder Raj Rajaratnam along with numerous traders, executives and research consultants.

According to Reuters, the FBI said to date from its 64 “Perfect Hedge” arrests, 59 people have either been convicted of crimes or pleaded guilty. For these cases, the agency has partnered with the Manhattan U.S. Attorney’s office and the U.S. Securities and Exchange Commission.

David Chaves, a FBI supervisory special agent, securities and commodities fraud investigations, said on Monday, ‘We have cooperators set up for years to come.” He added that the informant group includes witnesses who had previously traded illegally but are working with authorities to possibly reduce their sentences and employees at hedge funds.

Previously, the agency used to record telephone conversations to gain evidence from the hedge fund cases (see the Galleon Group), a tool that has usually been utilized in either organized crime or narcotics prosecutions. Other methods to collect evidence has included the tracking of cell phone calls, instant messaging and social media.

The FBI will continue looking at the evolving ways that people can gain communication on public companies in an illegal manner.

Richard Jacobs, FBI supervisory special agent, white-collar crime cases, said, “We will go to whatever lengths we have to to keep up with changes in technology.”

On a positive note, the FBI believes that at the end of the day, most hedge funds and their traders are “law-abiding” and conduct their firms in a responsible manner.

Meanwhile, as the New York office of the FBI held it briefing on hedge fund investigations, the Washington office also held one on Monday, discussing that over the last decade, financial fraud cases now involve increasing sums of money.

For example, from 2,600 mortgage national fraud investigations, 70 percent encompass greater than $1 million as compared to the previous workload of small bank frauds coming in under $25,000, reported Reuters.

Another tool to deter financial fraud by the agency has been increased publicity of cases both in the United States and overseas.

And now in a new campaign launched by the FBI, the infamous Gordon Gekko will tell you greed is not good. On Monday, Michael Douglas, who won an Academy Award for his role as Gekko in the 1987 movie “Wall Street,” will make a public service announcement for the FBI.

In a video on Monday, Douglas said, “In the movie ‘Wall Street’ I played Gordon Gekko, who cheated to profit while innocent investors lost their savings. The movie was fiction but the problem is real. Our economy is increasingly dependent on the success and integrity of the financial markets. If a deal looks too good to be true, it probably is.”

China wasted approximately $6.8 trillion or 41.8 trillion yuan on “ineffective investment” over the past five years since 2009, according to an opinion piece published by two Chinese government... Read More 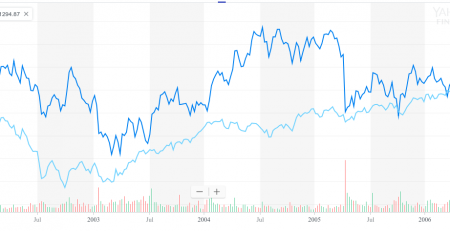 J.C. Penney Gets an Upgrade from Gilford, Downgrade from Morgan

J.C. Penney Company, Inc. (NYSE:JCP) where does it go from here? The answer depends on who you ask (well that was a bit obvious and you could always just flip... Read More 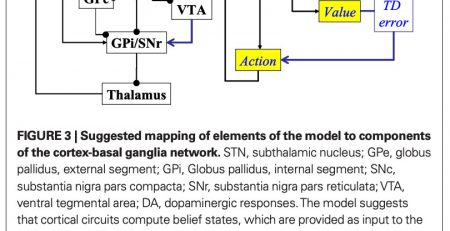