On Friday, a U.S. House panel reviewed whether the Federal Communications Commission (FCC) had followed its own set of rules with its 2011 approval for hedge fund billionaire Phil Falcone’s LightSquared wireless network.

The predominantly Republican lawmakers from the House and Energy Commerce Committee's subcommittee asked agency officials on Friday why they had quickly crushed LightSquared's plans to launch a wholesale LTE network.

The FCC defended its decision to grant LightSquared a conditional waiver to allow terrestrial-only units on its hybrid network. The 40 MHz of 1.6 GHz L-band spectrum is now sitting idle as the FCC has pushed broadcasters to give up spectrum for mobile broadband, reported FierceWireless.

Now in a 360, the agency is being questioned about stopping LightSquared's network.

The conversation in the meeting was a different one given congressional Republicans have previously said that FCC had acted under “crony capitalism” and moved LightSquared's network forward thanks to its White House connections.

The FCC has denied this and defended its decision to grant LightSquared a conditional waiver to allow terrestrial-only units on its hybrid network. But

As for Lightsquared, it has filed for bankruptcy.

Stearns also said at Friday's meeting, “We must not permit regulatory uncertainty at the FCC to deter companies from investments that will bring more competition to the industry and more innovation for consumers. We must not allow 40 MHz of spectrum to sit fallow while at the same time seek to relocate broadcasters and federal users off their spectrum holdings to free up more space for wireless use. And we must not let poor receiver standards result in more interference issues down the road.”

As for the FCC, Rep. Diana DeGette (D-Colo.) defended them and argued they had been placed in a no-win situation. According to Fiercewireless, she argued that FCC had tried to address concerns about GPS interference that had been noted in a late regulatory review.

In addition, the FCC noted that its Technological Advisory Council (TAC) is currently reviewing standards for legacy GPS receivers. LightSquared had requested a review of this and the FCC said it should have a report “in the next few weeks.”

So what else is new with LightSquared?

On Sept. 17, we noted that a group of LightSquared Inc.’s lenders asked permission from a bankruptcy judge to go after Phil Falcone’s Harbinger Capital Partners for a $263.8 million loan made by the hedge-fund manager LightSquared in July 2011.

And back in August, Falcone's wife Lisa had been charged with driving while ability impaired (DWAI). This came after she was involved in a car accident. Her case had been adjourned until October 3 in order to analyze blood test results.

With the  Japanese index has now lost about one fifth of its value since May, investor concerns are growing that Abenomics has lost its momentum and Japan’s bull market... Read More

Whitney Tilson On K12 Expose on K12 and California Virtual Academies Two and a half years ago, I gave an in-depth presentation and published three articles (links below) about K12, the... Read More

The idea of developing a network of mental models is based on the concept that everyone should approach problem-solving from many difference perspectives. The traditional teaching method used in... Read More

Megan McGrath of Forbes, eyeing a nice rebound in stocks to end the week, wonders “if we’re out of the woods yet,” while momentum and volatility measures typically used... Read More 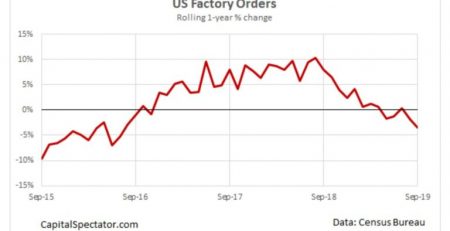 RISK doesn’t have to be an opinion or an emotion, it can be quantifiable and measurable… maybe even palpable

It is Fall here in the United States, the season when leaves fall in much of the country.  The warm months are slowly coming to an end; Winter follows... Read More