The Federal Reserve's New York President William Dudley defended the opening of debt swap lines with Europe in front of a Congressional Committee today. Dudley said that the instrument was provided in the interests of the United States and its people, not just in the interests of the European currency and institutions. He pointed to the profitability of debt swap lines which have made a . . .

J.C. Penney Company, Inc. (NYSE:JCP) is set to release its earnings numbers for the third quarter of 2013 on Wednesday morning before the market opens on Wall Street. The... Read More

What's Behind The Rise In Consumer Nonperforming Loans?

There’s a worrying trend developing in the consumer loan market. In the first quarter of 2016, aggregate bank non-performing loans increased for the first time in the post-crisis cycle.... Read More 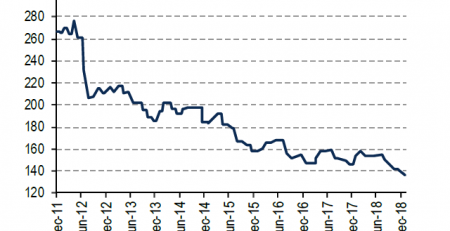 Diamond miners are struggling amid disappointing prices during the holiday season and into the new year. However, it appears the weakness isn't affecting the entire industry uniformly. It's the... Read More

In an ideal world, the Securities and Exchange Commission sets a level playing field and corporate executives plan for the long term and activist investors place pressure on companies... Read More

Lansdowne Princay Fund Ltd was down 1.24% in the first quarter, even after grabbing a 3.15% return in March. During the same time, the European stock market fell 8%. The fund explains... Read More