FGL’s RadioShack Losses A Manifestation Of ‘Reach For Yield’

Earlier this month Fidelity & Guaranty Life announced its first quarterly loss in its brief life as an independent company (its IPO was in late December 2013), thanks to an $81 million gross write off on investments in bankrupt electronics retailer RadioShack. The latest issue of Grant’s Interest Rate Observer argues that this isn’t just a bad investment by one company.

Beat The Market With Small Companies But You Have To Do This by Tim du Toit, Quant Investing Get The Timeless Reading eBook in PDF Get the entire 10-part series on... Read More

Norway SWF: The Market Is Too Complex, HFT The Problem

Norway’s $750 billion sovereign wealth fund is preparing to weigh in on high frequency trading (HFT), a practice that has been credited with improving price discovery and reducing trading... Read More

Don’t be deceived by signals coming out of the People’s Bank of China. When the media reported the PBOC had approved a 100 basis point cut in the bank’s... Read More 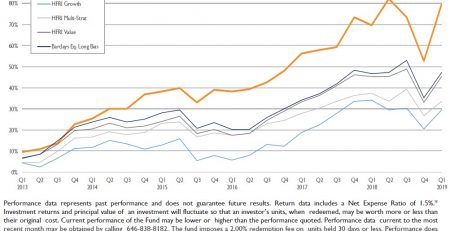 The Census Bureau of the Department of Commerce released its retail sales report today, Tuesday. The report showed that there was a rise in retail spending of 1.1%. The... Read More

Hedge funds and their investors are aligned on most points regarding the industry’s direction with one significant exception, a recent study from the Northern Trust bank shows. That issue... Read More