For the past three decades, Americans have been advised to invest in foreign markets, but they have also been advised to eat more vegetables. They’ve responded positively to both kinds of advice, but not with unbounded enthusiasm. In 1980 US equity investors devoted just 1% their portfolios to foreign stocks. In 1984, US mutual fund investors were allocating 6.5% of their assets to world funds, and by 2014 the allocation reached 25%. While their investment horizons had clearly broadened, Americans were still keeping 75% of their assets in domestic mutual funds at a time when US stocks accounted for just 40% of global stock market capitalization. Their home-country bias had shrunk, but it had not disappeared.

It’s not hard to see why Americans might have preferred domestic investments in years past. Barriers to international investing that were erected in the years after World War I remained in place until the late 1970s, and both capital movement and cross-border investment were restricted in many offshore markets. Company information was not readily available, and tax laws were complicated. Derivative instruments were scarce, so it was difficult to hedge currency or market risk. Investing directly in foreign companies could be cumbersome and slow, and American depositary receipts (ADRs), which smooth the process of investing in foreign stocks, were available for only a limited number of very large foreign companies. In addition, transaction costs in foreign markets were often higher.

Conditions for overseas investment have changed radically in the last 35 years. Around the world, stock trades now typically settle three days after a transaction (T+3). Accounting standards have generally converged, and the quality of company data in offshore markets is, in many cases, comparable to that in the United States. Fund managers, who formerly had to request annual reports by mail or fax, can now access them instantaneously via the Internet. At the same time, derivatives for hedging currency risk and market risk have become widely available.

Yet many American investors still cling to their home-country bias. In periods when the US market outperforms foreign markets–and there have been several in recent years–some investors gladly seize on this fact as evidence that there is no need to venture abroad. Especially in a period of looming geopolitical risk, companies that are familiar and close at hand may simply feel safer.

Of course, there is no rule stating that an investor’s allocations to the world’s markets should precisely mirror the size of those markets. There may be environments in which a bias toward one region or another might make sense. Nonetheless, we have to question the current level of home-country bias displayed by some investors in the United States. By overemphasizing the domestic market, they may be limiting their potential returns.

We believe the primary reason to invest beyond US borders is to take advantage of a larger set of opportunities. Of the 8,704 constituents of the MSCI All Country World Index Investable Market Index, 6,160–fully 71%–are companies based outside the United States (Exhibit 1).6 The more companies in a portfolio manager’s universe, the larger the number of value stocks or growth stocks or dividend-paying stocks the manager may be able to uncover. Furthermore, in today’s global economy, defining a company by its domicile or the stock market where it is listed may be overly simplistic. Many multinational companies sell products or services, source materials and maintain operations on five continents. Why should investors cut themselves off from these potential opportunities simply because the companies are based outside US borders?

Although the world’s investment markets have converged to some extent, they still diverge in certain periods (Exhibit 2, next page). When there’s a roaring bull market in the United States, for example, an offshore region might be out of favor with investors. Value managers seeking stocks that are trading at what they believe are discount prices might find few interesting prospects in the US market and more in an offshore market that is struggling. Under different market conditions, a growth manager or an income-oriented manager might find more opportunities overseas.

But Aren't the Best Companies Based in the United States?

In our view, even an investor who believes strongly in American exceptionalism should consider investing globally. The United States may have lower barriers to business success than many other countries, but it does not have a monopoly on quality companies. In many industries–autos, consumer electronics, robotics, luxury goods–American companies face stiff competition from well-managed, well-organized and profitable businesses based abroad. And by some measures, foreign companies are actually more investor-friendly than US businesses. Returning capital to shareholders is a stronger tradition in many non-US markets. Apart from Japan, offshore firms generally distribute more of their profits to shareholders in the form of dividends than do their US counterparts (Exhibit 3).

This is not to say that all markets are equivalent or that investors should ignore a company’s domicile. In particular, we see reason to be cautious about investing in countries where accounting practices may be questionable. Risks can also arise in markets where the government holds a majority stake in many companies. Typically, governments seek to maximize employment, not cash flow. In these situations, the interests of the majority stockholder may not fully align with those of other shareholders.

Investing in foreign companies also means exposure to currency risk. In some periods, exchange rates are volatile enough to turn a company’s positive return in its home currency into a loss after conversion into US dollars. Of course, the opposite also occurs: Shifting foreign exchange rates sometimes transform losses into gains. Active investment firms can hedge currency risk selectively in periods when they believe the US dollar is headed higher versus a particular foreign currency. The hedge can then be taken off when exchange rates are stable or the US dollar appears to be losing value.

There are other issues to consider, as well, before investing in foreign markets, such as regulatory safeguards and market integrity. It would be a mistake, however, to assume that the United States scores highest on these measures. The World Bank ranks equity environments around the globe based on their level of protection for minority investors. It examines conflict of interest regulations, disclosure requirements, director liabilities, the ease with which shareholders can bring lawsuits, and other issues. On the World Bank’s list, the top spots are currently held by Hong Kong, New Zealand and Singapore–not the United States.

As a firm founded in Germany in 1864, First Eagle may be more oriented to global markets than investment management firms with a strictly domestic heritage. But we are hardly unique in believing that  investors should consider broadening their horizons. There are several ways to do this. Some investors may prefer to invest in a single fund that has a global orientation; others may decide to assemble a group of geographically focused funds that, in combination, encompass the overall investment universe. By whatever means they decide to proceed, investors may benefit from developing a 360-degree view that’s free from the blinders of home-country bias.

By broadening their perspective, investors may be able to access: 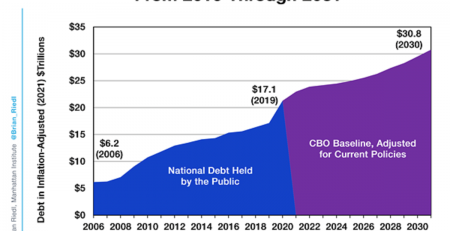 Greek Crisis That Was "Solved" Earlier Is Now An Issue Again

When the Greek government announced its “agreement” with the European “Troika” this summer, in some quarters it was viewed more as a stop-gap measure, delaying the ultimate day of... Read More