A breaking report from BusinessInsider says that Ford Motor Company (NYSE:F) is naming Mark Fields as its new CEO. The firm, which is currently lead by Alan Mulally, has been looking for a new CEO since it was revealed that Mulally is set to retire in the coming months. The company told the media that Mulally would stay at the helm until the end of 2014, though that was in the midst of speculation that the executive would flee Ford . . .

Part five of a short series on Martin (Marty) Whitman. To catch up on the rest of the story, click one of the links below: The Life and Investment... Read More 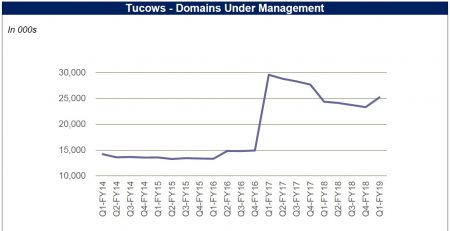 Volkswagen: Alpine Twins In Valuation Only by Greenwood Investors Summary: We’ve had a lot of back & forth with our friends and investors about the Volkswagen diesel scandal and the... Read More

A new report from comScore shows that the operating system used by Apple Inc. (NASDAQ:AAPL) is now responsible for 30.2 % of all smartphone activations in the United States.... Read More

Dell Buyout Group’s $13.65 Could Be The Best And Final Offer

Michael Dell and Silver Lake Partners’ buyout proposal at $13.65 per share could be their best and final offer, according to a recent report in Bloomberg. With the July 18... Read More