Foursquare Value Halved From Last Financing Round by PitchBook

The big news last week involved social app Foursquare, which raised a $45 million financing that reportedly halved its previous valuation of $650 million. Foursquare once looked like a future billion-dollar company, quickly raising three rounds of funding within just a few years of its founding, and growing its valuation to more than $560 million during that same time. In early 2014, the company raised another round of equity financing that valued it at $650 million—its highest valuation—and rumors even popped up of a possible acquisition by Yahoo for around $900 million. So what knocked Foursquare off the tracks?

The company was founded in 2009 and saw a notably successful launch at the SXSW conference in Austin, Texas. Its first product enabled users to publicly check in to locations and share that information through social circles. Businesses also had the opportunity to use the check-in data to reward frequent customers. The product eventually evolved into offering both the check-in social features and a Yelp-like location discovery platform.

Sadly, the cracks began to show and in 2014 the company decided to split the business into two separate apps. The Foursquare app would continue hosting the location discovery platform but the check-in features would be spun out into its own separate app called Swarm. The relaunch looked successful at first, with traffic spiking right after the split, but the upside didn’t last long and soon interest in the apps waned.

With this new round of funding, Foursquare looks to continue its journey of trying to successfully monetize the notoriously hard-to-crack social media market. Time will tell if Foursquare has truly found a solid business model or if it will go the way of its old competitor, GoWalla, which was acquired by Facebook in 2011 and subsequently shut down.

EVALUATION NYU Stern's student-investment newsletter latest edition is out! See the first issue here. The latest edition is reprinted below with permission. Among the many lessons that we’ve learned from the aftermath... Read More

Incorporating Liquidity Shocks And Feedbacks In Bank Stress Tests By Jill Cetina, OFR Stress testing can be an important tool to assess the health of the financial system. U.S. supervisory... Read More 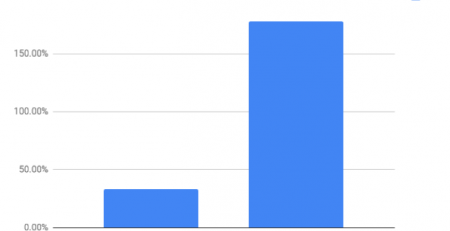