In the most recent quarter, winners added 0.89% while the losers detracted -0.75%.1 There wasn’t any one company with notable news that had a significant impact on the quarter’s performance.

This letter will be briefer than our usual mid-year commentary as we devoted a lot of time to the Fund, its process and some macro views during our recent Investor Day, a transcript of which you can find here: FPA Crescent Investor Day Presentation.

We also recently wrote about the market noise surrounding Brexit and that commentary can be read here: Brexit Commentary.

We hope you will find the voluminous information offered between the two documents helpful as you review your investment with us. Both the world and our portfolio haven’t changed enough in the last month to unnecessarily clog your inbox.

Value investing continues to be out of favor but we continue to inch along with our habitual conservative bent. We invest when we see the prospects for a good rate of return without any kind of heroic assumptions, meaning that the base case in our models does not assume the greatest unit growth or the highest margins. If we start pushing the pencil too hard to make the numbers work, there won’t be a margin of safety. We’d prefer not to invest in such scenarios, which explains the fund’s continuing large cash position.

The best performing assets in the markets have generally been those with the highest perceived quality and the highest yield and the longest duration. This has driven investors to investments such as 30-year U.S. Treasury bonds and the highest quality global equities that pay a dividend. We used to own many of these companies but they became too expensive and we sold them in order to purchase less expensive businesses. As far as our stock price performance is concerned, we would have been better off had we retained our entire portfolio from a couple of years ago. What we sold has, on average, increased more than what we bought. The expensive has become more expensive. Something sold at 18x earnings can go to 20x, 22x or anywhere really. We can’t control where stocks trade but we can choose what to own and when to buy and sell.

We continue to act prudently. We own a portfolio of businesses that is growing faster than the market (of late) and trades less expensively but the market doesn’t care. According to CapIQ, Crescent’s equities had trailing 12-month earnings growth of +3.27% compared to -4.45% for the S&P 500 and -9.95% for the MSCI ACWI.2 If the Wall Street consensus has it right, our portfolio should continue to grow more or less in line with the market. We don’t know what the future has in store but we take some additional comfort in the fact that our portfolio trades at a sizeable discount to the market on both a P/E and a Price/Book basis.

Over time, valuation should follow earnings. Nowhere is it written, though, that even when an investment is made with a margin of safety that the asset purchased won’t first decline. That explains our investment in financials (discussed in some additional detail below).

Financials are currently our largest equity exposure at about 20%, but that includes service businesses like Aon.5 The Fund’s exposure to traditional balance sheet intensive financials is roughly 14%.

Banks in the S&P 500 have recently traded near their lowest valuation relative to tangible book value in 20 years. 6 As prices and valuations have declined, our exposure increased as would be expected given our immutable value-investing principles. We own AIG, Citigroup, Bank of America, CIT and Leucadia/Jefferies to name most of them. Leading up to the 2008/09 financial crisis, these companies were highly leveraged (20:1 across the group), traded at high valuations (~2x tangible book) and had poor asset quality.

Today, however, the picture has changed quite dramatically. These companies have stronger balance sheets, trade at much lower multiples and, we believe, have better loans. On average, tangible equity/tangible assets is better by a factor of two with the group currently trading at a cheap 72% of tangible book. 7 And, in wanting to avoid the massive loan losses of the last recession, banks have generally been more conservative in their lending practices. There’s always a rub though. The return on tangible equity is a fairly pitiful 8% or so across our investments.

From a total portfolio perspective, we like to think about what we could lose before we think about what we could make so we seriously weigh the chance for a permanent impairment of capital with these investments. Because banks and insurance companies are both inherently opaque and leveraged and we are not inside these corporations, we cannot know everything that’s happening. In order not to expose the entire portfolio to the exogenous risk of excessive concentration, we have currently chosen to limit the Fund’s aggregate exposure to balance sheet intensive financials to 15%. This protects the Fund on a portfolio basis by not having too many eggs in one basket. We do not intend to diverge from our cautious approach or increase our overall allocation to financials unless valuations continue to decline and reach absurd levels.

In thinking about these individual companies, we consider various scenarios. For example, we reduced 2015’s pre-tax, pre-provision earnings by a theoretical amount equivalent to the actual losses incurred in the financial crisis of 2008-10. This is a fairly draconian view and gives no credit to today’s better asset quality. Even under this scenario, by our calculations all of the companies held in the portfolio would remain well-financed and, in many cases, would be better financed than they were in 2007, pre-crisis.

Ever mindful of the downside, we were comforted by the Federal Reserve’s recent publication of its annual bank stress tests, which concluded that each of the companies we own that was subject to the test was adequately capitalized in a severe stress scenario.

With the downside meaningfully protected in our view, let’s consider the upside. We believe that these financials are absolutely cheap, trading at less than 75% of tangible book. If we were to assume Price/Book remains a constant over a three-year holding period and nothing else changes (i.e., no improvement to the 8% ROE, no change in dividend or earnings, etc.), then we would estimate an 11%-12% rate of return on these positions.8, 9 That’s interesting but not great.

What if these companies are successful in their plans to get ROE higher? If that happened (or even if it didn’t), we wouldn’t be surprised to see their trading value move higher. Under that scenario, we would estimate an attractive mid- to high-teens rate of return on these positions. Then again, that might not happen. It still sets up for an attractive risk/reward, i.e., the upside potential is greater than the downside risk in our view.

One last thought…. Capitalism is nothing if not consistent. If one believes he can get more for something, he will certainly try. Many of the financials we own are set up well in that regard. Underperforming and hidden assets, overcapitalized balance sheets and managements that haven’t successfully created shareholder value on their own can attract activist shareholders. Carl Icahn’s representatives, for example, have been elected to AIG’s board of directors, which is in the process of selling off pieces of the company. CIT has announced that it is exploring strategic alternatives and has announced asset sales. Long-time bank analyst Mike Mayo has said, “No bank is immune from activist pressure.”10 As we’ve said before, good things generally happen to cheap stocks.

Valuation is a function of what investors will pay for future earnings. Higher earnings growth and a lower discount rate mean a higher multiple. Today, there is lower than average earnings growth around the world so that leaves a greater dependence on rates. People are now paying more for less, all because of low, low, low, low rates. For that, gratitude can be expressed to central bankers born with the congenital defect of missing a risk aversion gene. It feels like we’re on the bleeding edge but of what we don’t know. As one more example in a long line of them offered in past missives, we hold up the European Central Bank’s (ECB) corporate sector purchase program (CSPP) as another example of misguided hope. The program will buy investment-grade bonds issued by non-financial companies in the euro area. In June, just the first month of the program, they purchased €6 billion, which one pundit estimated to be approximately 1% of the €600-€700 billion EU corporate bond market that would be eligible.11 That's one helluva aggressive bid support and will serve to only drive European corporate bond yields lower and, in turn, could spillover to lowering corporate and government bond yields in the U.S. as investors flee to a higher yield and what is currently perceived to be a safer currency. We merely share this information without analysis because we just don’t know what to make of it. It’s not like any central banker has ever successfully baked a cake with all of these QE ingredients. No one knows what this means and it’s hard not to be both skeptical and nervous. We, therefore, continue to tread cautiously.

See the full commentary below.

2012 -The True Measures  Of Success Most companies use the wrong  performance metrics. Don’t be one  of them. by Michael J. Mauboussin Michael Mauboussin is considered an expert in the field... Read More

There are no "compelling bargains" in the markets right now, billionaire investor Howard Marks said on Tuesday. "There's better and there's worse, but there's nothing that is absolutely cheap," the... Read More

Kyle Bass on a Capital Link panel discussing investing in Greece the conference took place on December 11th 2017 and the speech was uploaded on December 15th 2017 -... Read More 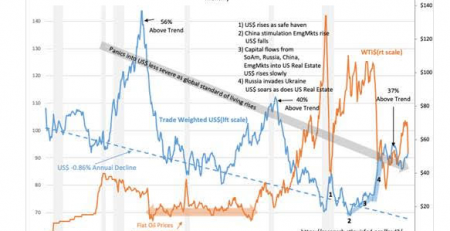