Pierre: So starting with performance, during the third quarter of 2015, the FPA International Value Fund returned a negative 10.2% in U.S. currency compared to a 12.2% decline in the MSCI All Country World Index. That’s ex-U.S. and on a net basis. Since the beginning of the year, the Fund declined 4.2%—also in U.S. currency—versus an 8.6% loss for the Index. Most importantly since inception on December 1st, 2011, the Fund has appreciated by an annualized 6.8% versus 3.9% for the Index.

(4:02) As we mentioned several times in the past, our take on these quarterly number is simply that short-term volatility is always possible and not very meaningful whether our Fund happens to over-perform relative to a specific index on that basis or not. It doesn’t say anything as to the intrinsic values of the businesses that we own, and it means we may have the opportunity to make additional investments. So we do not read too much into periods of negative volatility, but we certain welcome them.

In the last few weeks of the quarter, we were to this point presented with multiple opportunities to invest in high quality, well run, financially strong companies, most of which we had followed for many years. And we took advantage of several of these opportunities to add new names to the portfolio and put more capital to work. As you will see in our quarterly commentary soon to be posted on our website, what also gave us some cause for encouragement as bottom-up investors during these few weeks is that there are signs that fundamentals may be starting to put some expectations in the market to the test.

We have for many years now been operating in a world of ultra-low interest rates and government’s appetite as well as their creativity for providing ever-ending sources of cheap, if not free, capital seems to have no limit. The only remaining reason why equity prices would fall it seems at this stage are the risks associated with businesses’ ability to drive profitable growth, generate free cash flows, and generate good returns which are in line with what is embedded in market valuations. We often hear that monetary policy is what dictates the future of market prices, but for us whether or not businesses can ultimately deliver the expected cash flows embedded in market valuations is far more important. (6:05) Multiples have extended as a function of low interest rates in recent years, but forecasts of continued profit growth also appear to have moved ahead of what businesses can sustainably deliver.

What we’re observing from a business performance and operating performance standpoint is that many companies are experiencing increased weakness in emerging markets—China and Brazil in particular. Not only is this limiting organic growth aside from currency headwinds, but it is also challenging cost structures as firms had invested in these regions and as a function of business development at a corporate level as well, hoping to garner the fruits of their investments through continued growth and the associated leverage. Furthermore dampened emerging market prospects appear to heightening competition in other parts of the world and could have trickle-down effects.

This situation is now challenging profit expectations thus also putting pressure on management teams to find offsets, which can translate into poor capital allocation decisions with high multiples being paid for often large strategic “acquisitions” and/or share repurchases. Such investments are likely to eventually further hurt returns and quite possibly net cash flows.

With that, we would again remind shareholders that we should think about potential opportunities in the face of short-term volatility and always look over a multiyear period to measure the success of the Strategy in creating value for shareholders in the long run.

We should end these comment on a note of caution though. As I just pointed out, governments around the world are aggressively pursuing initiatives which artificially inflate asset values, and overall the current environment remains quite challenging for value investors.

(8:06) Looking at where the Strategy stands today now, we find that the portfolio metrics at the end of the quarter are generally consistent with some of the developments highlighted in our performance discussion. First in terms of valuation, even though we do not think price to earning ratios are very meaningful metrics, we note that that portfolio traded at a price to earning ratio of 13.1 at the end of September, down from 14.9 at the end of the previous period, which is a function of the declining share price of some of our existing portfolio companies, as well and more importantly the addition of new heavily discounted ones.

This is only slightly lower than the 13.8 time price to earning ratio that the Index traded at at the end of the quarter. As we always do on these calls, though, we would not that the Index includes businesses that typically trade at lower multiples and to which the Fund continues to have little exposure, such as financials. On an equal footing, we believe our companies are trading at an even lower weighted average multiple and more meaningfully cheaper than the market.

To use a metric that better reflects how we think about the attractiveness of our portfolio, we estimate that our holdings traded at a weighted average discount to their intrinsic values of about 37%, meaningfully higher than the 30% we reported last quarter and above many of the discounts that we have reported in the past.

Most importantly we think our businesses generally have greater staying power, stronger earning generation power per dollar invested, and superior management teams relative to the market. Our portfolio holdings currently generate a weighted average return on equity slightly ahead of the Index of 14.9%, (10:02) and yet many of the holdings are businesses which are either going through a severe cyclical downturn in activity or undergoing significant business changes an improvement, off of which typically putting temporary pressure on earnings. These strong returns are also a testament to the quality of the management teams running these businesses and their continued commitment to sound capital allocation decisions.

Activist hedge fund Paul Singer appears to have another win under his belt as EMC Corporation (NYSE:EMC) is reportedly looking to sell its stake in software unit VMware, Inc.... Read More

Very interesting analysis from Benjamin Graham in response to questions regarding how the car industry is behaving. Is there real competition in the automobile business? If General Motors can... Read More 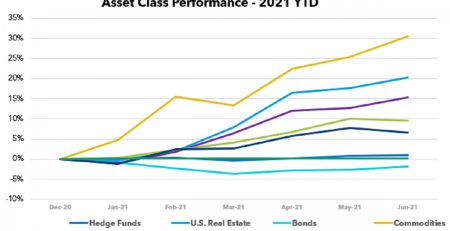 Ten years after the start of the Great Recession, the U.S. economy is currently booming. But some industry experts fear that, without regulation, financial technology (fintech) companies like Biz2Credit, Fora... Read More 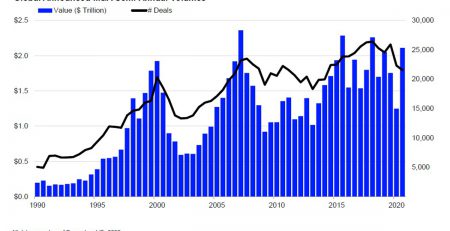 European Auto Stocks – Fundamentals? Not Good, But Thankfully They Are "Blessed" By ECB: Deutsche Bank