Good Afternoon. It’s nice to be here—a lovely audience. This Value Investing Conference is reaching new heights. I wanted to take a moment to recognize George Athanassakos for doing such a wonderful job. As you know it’s not easy to organize something as effective as this.

It really is a pleasure to introduce Frank Martin to you today. I haven’t known Frank for long but have known about what he has done. I have read two of his books. The most recent one is Decade of Delusions, which he has he’s written. The other one is Speculative Contagion. I highly recommend both of these books to you. The key about Frank is that he’s long-term, value-oriented and he has protected his clients from the major bear markets we have all witnessed—which is 1987, the Dot Com Crash and 2008. When I say protected, that means he’s either gone down very little or has gone up during those time periods.

He’s protected his client’s money at all times. He is very passionate about that. Recently of course, he has lagged the indices, but like in the past, he is protecting his clients’ money again. I have no question that he will be vindicated.

By the way, his 2014 Annual Report is a must read for all you value investors. It is available outside; he has got copies of it. It is terrific if you have an opportunity to go through it.

In his book, Decade of Delusions, if you want to know the type of man Frank Martin is, let me read to you the inscription he has here right here in the front. It says: may the few who profit from this book be mindful of the many who cannot.

(1) Thank you Prem for your thoughtful and generous introduction. Folks, my assignment is to talk and you're requested to listen for the next 45 minutes: if you happen to finish listening before I'm done talking, please raise your hand and the servers will bring you another cup of coffee.***

In the throes of the ongoing and glorious process of enrichment, Prem's wet blanket words of caution in his 2013 letter to shareholders were as conspicuous as they were intriguing: (2) “We are reminded again of the warning from the distant past from our mentor, Ben Graham, which I have quoted before: Only 1 in 100 survived the 1929-1932 debacle if one was not bearish in 1925. We continue to be early and bearish!” [2 off] That prompted an essay, “Why 1925?” available on our website. In my research I learned a lot more about Prem Watsa. He is that rare man who not only has carefully considered and fiercely independent convictions, but also the courage to continue to stand by them. Fairfax's portfolio bears Prem's fastidious risk management imprimatur. Like few others, he is acutely aware of an elementary principle in physics: You don't need a parachute to skydive. You only need a parachute to skydive twice.

Downshifting to your speaker, at our core MCM is a value investor. At first blush, we seem to be pretty good at it. Since 2000, our equities have produced total returns after fees of 13.5% vs 4.2% for the S&P.

(3) There were no home runs and no strikeouts. Singles and doubles, and an occasional triple, from wellpriced solid businesses carried the day. We bought them whenever we could find them irrespective of market cap or market condition. And most importantly, we avoided big losers by choosing main street companies during the Internet bubble and steering clear of the financial sector before the crisis.***

(4) Since the secular peak in 2000, as a Wealth Manager we been focused on capital preservation and risk management, investing on average 43% of its portfolio in public equities, with the balance defaulting in cash and short-duration municipals and Treasuries. The strategy has outperformed the S&P 500 over the last 15 years at a much lower risk profile than almost all other equity managers. Our top down worries served us well from mid-2007 to 2011 as the “Perfect Storm,” about which we wrote in 2005 and 2006, blew through town and left lots of collateral damage in its wake. With a conservative portfolio, we were down less than 7% in 2008 and, because we had the liquidity and temperament to step up to the plate during the crisis, we reached a new high watermark by Q3 2009. Apart from committing a fair amount of capital to the oil field suppliers around yearend 2014, opportunities have been scarce. Even though our significant cash position yields nothing, we aren't remotely intimidated by the upward march of our benchmark. As you will hopefully glean, there are few better times to compete with a passive index. ***

Although almost always invested in the same assets as our clients, once in a great while a 2007 2008 Prem Watsa/Michael Burry idea appears that is simply too unorthodox and complex for our SMA accounts.

This next chart means nothing without understanding the reasoning behind the strategy. Fortunately and sometimes unfortunately every move I make is documented real-time. If anyone is curious, see A Decade of Delusions, Chapter 10. The strategy was written into the permanent record in June 2007 and explains the thought process behind the actions taken. (5) 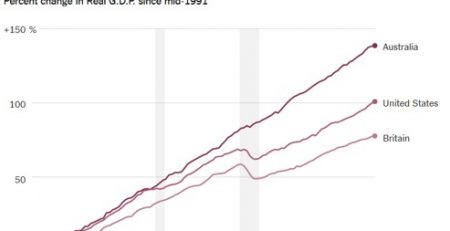 Over the past few weeks it has become clear which strategy Wall Street analysts are backing for 2016: value Investing. Get The Timeless Reading eBook in PDF Get the entire 10-part... Read More

Hedge funds delivered their fourth consecutive month of positive returns as global markets ended the year on a strong note of optimism. The Eurekahedge Hedge Fund Index was up 0.99 during... Read More

Dear Fellow Shareholders: From the beginning, we have placed our fiduciary responsibility to our clients at the top of our corporate objectives. The fulfillment of this responsibility is necessary (but... Read More

George Soros is one of the most successful hedge fund managers ever. While at the helm of the Quantum Fund (founded by Soros and Jim Rogers in the 70s), he generated an... Read More