GMO's investor letter for the third quarter 2014, on free lunches and the food truck revolution.

So what does the world look like today through the lens of the food truck? We don’t believe equities look all that tasty, although there is significant dispersion. U.S. small caps seem to offer the stock equivalent of a case of salmonella – plenty of depression risk and valuations that seem to promise little or no medium-term return even if the economy does fine. We think high quality stocks in the U.S. at least offer a healthy filling meal, if a dull one, while European value stocks and emerging market equities seem the tastiest available entrees, although neither appears to be a true lunchtime bargain. Put selling appears closer to being a decently tasty meal, although we'd recommend going with foreign cuisine, as put selling on U.S. stocks seems probably the least appealing truck in the bunch. We believe merger arbitrage, while slow to return after the nasty food truck fire of 2008, is back and offering a pretty tasty lunch for a reasonable price, and probably deserves to move back into your lunchtime rotation.

On the fixed income side, default risk seems generally unappetizing, with CCC bonds, at a spread of about 6.5% over treasuries, offering the most potential of a post-lunch trip to the emergency room this side of U.S. small cap stocks. We believe BB bonds look like the meal of choice for those who feel the need to dine on default risk, as their spreads at least cover expected losses over the cycle with some room to spare. Liquidity risk looks generally unappetizing, and even for the few items that do look tasty, we can easily imagine the meal not sitting well in a few hours, given how Dodd-Frank has pushed “broker-dealers” into being far more interested in the broker part of the job than the dealer part. Given how much less inventory the dealers are willing to hold, the likelihood of a nasty shock occurring from even a temporary imbalance between the number of buyers and sellers has surely gone up from pre-crisis days. We think term premium actually looks pretty good in the belly of the U.S. yield curve, with current forward rates pricing in enough rate hikes to give a bit of room for inflation to surprise a little to the upside. Interestingly, while those who dine on equities may be well served going foreign for their investment lunch, on the fixed income side, the U.S. looks just about the most appetizing of the bunch, far preferable to your European or Japanese cuisine options. Implied volatilities are very low across much of fixed income, and while historically you have been well served by selling options in the marketplace, our temptation today would be to buy options rather than sell.

Honestly, the portfolio you can put together out of these dishes today will not win any culinary awards. Getting rich off of your investments looks to be an extremely daunting task in the environment we find ourselves in today. But opportunities to make some money do exist, and if we are not fixated on finding that free lunch, we can make a decent meal if we are reasonably careful about which trucks we stop at and which we pass by.

Larry Robbins, Glenview Capital Management, discusses his firm's eye on cheaper companies, and the low interest rate impact on the market. Transcript: the history of acquisitions is that many of them... Read More

The US rates market resembles the FX market five years ago

At a time when Goldman Sachs fixed-income trading revenue fell sharply in the first quarter – much of it tied to coal and struggling shopping mall retailers – one... Read More

FPA New Income: Decline In Mortgage Debt Eclipsed By Increase In Other Types Of Consumer Credit

The Milan based Brewer Davide Campari-Milano SpA (BIT:CPR), Chief Executive, Bob Kunze-Concewitz, has expressed that he expects  a majority of the company's sales to come from the America's region, following... Read More 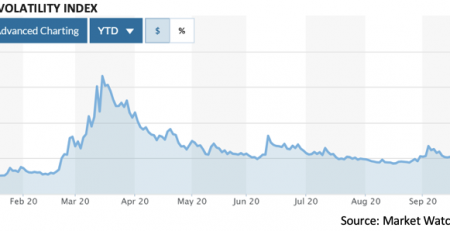 Volatility Trading in the COVID-19 Era: Shaken not Stirred