In his phone conversation about English pubs, the fallout from Greenlight Capital’s hedge fund manager David Einhorn’s call continues to be a very expensive one.

On Thursday, former Merrill Lynch banker Andrew Osborne was fined almost $550,000 by the Financial Services Authority for revealing inside information about Punch Taverns LLC to Einhorn on the infamous conference call.

Einhorn has also been punished for it back in January. The U.K. regulator fined him and his firm, Greenlight, $11.2 million on the allegations that Einhorn sold shares of Punch Taverns after his conference call with Osborne.

From his sale of stock six days prior to its offering, Einhorn was able to avoid $9 million in losses. He has denied doing anything wrong.

The FSA has released the full transcript of the infamous June 9, 2009 call, which had been set up by Osborne, and included Punch’s chief executive, Giles Thorley and Einhorn. The parties allegedly discussed inside information about Punch with news that a stock sale of the company was pending.

According to The Wall Street Journal, Einhorn said he didn’t receive any details but sold the stock because recognized the company’s problems were greater than he previously knew.

In a New York Times article, here’s a few nuggets.

As the paper notes, this most likely caught the F.S.A.’s attention:

Einhorn: Now, what that brings to my mind though is, you know, obviously we haven’t done your analysis, we haven’t done — signed an NDA; I don’t know that we’re going to sign an NDA, because we prefer to just remain investors, but from my perspective, and I’ll be just straight up with you, is that gives a lot of signalling value. And the signalling value that comes from figuring out the company has figured out that it’s not going to make it on it’s own is that we’ve just grossly misassessed the — you know what’s going on here. And — and that, that will cause us to have to just reconsider what we’re doing, which is not the end of the world to you.

Thorley: We’re — we’re well aware of that, and to the extent anything, we ever did anything like that, we would have to be — give you the — a clear understanding of the timescales, which that — that covers and the, you know, to the fact that the company will cleanse any — any conversation to allow you to trade in due course.

Osborne is now the fourth person to get fined from the case. In January, the FSA fined a Greenlight trader and former compliance officer along with a J.P. Morgan’s Cazenove unit trader in response to for their “failure” to examine the questionable trades.

During their recent episode of the VALUE: After Hours Podcast, Taylor, Brewster, and Carlisle discussed Thematic Investing. Here’s an excerpt from the episode: Q3 2020 hedge fund letters, conferences and... Read More 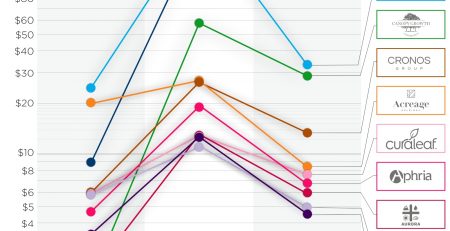 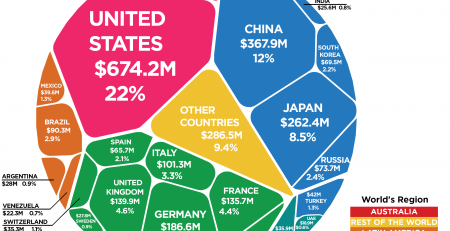 President Trump likes to argue that other countries should pay more to fund international groups like NATO and the United Nations. He frequently criticizes globalism and advocates for his... Read More

The perfect hands-free investment plan is to buy dividend stocks with an attractive dividend yield, sit back and watch the income flow. Such a strategy requires little or no... Read More