Gary Cohn, President and COO of Goldman Sachs, joined Bloomberg Businessweek reporter Brad Stone for an interview on Bloomberg TV. He spoke about the company's investments in the technology industry, regulation of the financial industry and the outlook for oil prices and Federal Reserve policy

When asked whether we will see a rate increase this year, Cohen said: “The Fed is in a very tough position…They’re going to be constrained by circumstances, going to be concerned about the strength of the dollar, and other countries are going to continue to devalue.”

On last week's better-than-expected employment numbers,Gary Cohn  said: “I am not convinced that one good jobs report last Friday has changed the whole world.”
When asked about Goldman Sachs being ranked among the most hated companies in America, Gary Cohn  said: “Of course it bothers me.”

BRAD STONE: Thank you, Gary, for being a host today and for doing such a great job interviewing Apple CEO, Tim Cook. How did that feel to be the interviewer instead of the interviewee?

GARY COHN: Oh it's always fun to interview a great CEO like Tim.

STONE: That's right. Well one of the things he said that stood out for me was about data privacy. Apple is not collecting health care data or purchasing data with things like Apple Pay. He framed that as a statement of values, but is it also good business, seeing as how its primary competitor, Google, is collecting that data?

STONE: Now Trish just mentioned that Apple has crossed a $700 billion in market cap threshold for the first time. Is that significant? I mean what does it mean for business, for global business that any company is reaching such highs, and maybe even a one trillion market cap is in reach at some point?

COHN: It's not significant. It's just a representation. It's a number, it's a size. Apple is an iconic company in America. It's a brand that is known not only in America. It's known worldwide. If you listen to Tim they're talking about their sales growing all over the world. He talked about revenue over the last few years growing from $1 billion dollars to $38 billion in China alone.

STONE: Will you be buying an Apple Watch in March?

COHN: I don't know. It was pretty enticing. He was picking on my old watch in there.

STONE: He was. He was. So we are in the middle of an incredible cycle here in Silicon Valley. We're minting these companies like Uber, Airbnb, Dropbox, Square. You have been in tech for a while in investment banking. How does this cycle compare to say the last cycle with the social networks and the online communities like Facebook and Twitter? What is different about these companies now?

COHN: I think it's hard to compare this cycle to the last cycle. The last cycle was a long time ago, and more importantly, the companies you just mentioned, the Airbnbs, the Dropboxes, the Ubers, they are creating real products that you and I are using every day. When we go on that phone, and we hit that Uber button and that car shows up, we are using it and we are paying for those services. These are not companies designing products, hoping that we will someday use them and they'll create profit. Uber is servicing their customers every day, and creating revenue by doing it, and getting more and more acceptance and creating a bigger worldwide network literally every day.

STONE: Right. Now Goldman Sachs has been active in this round of innovation as an investor.

STONE: You were in Facebook and Mobileye, Uber's latest round.

STONE: Is the investment business now as important as the traditional investment banking business?

COHN: Well we are in the business of raising capital. And we are in the business of matching people with capital with people that need capital, which enables the economy to grow, which enables us to create jobs. And that's our business. So we have been involved with these companies at various stages of their career and evolution, and we just continuously be — are involved with them. And so, yes, we have been involved lately in these new rounds. And we'll continue to be involved with the next round and the next round. Eventually, we believe all of these companies will become public companies.

STONE: And so let's talk about that then. Is it — is 2015 the year when we think about these unicorns, Xiaomi, the Chinese mobile phone company, Uber, maybe Airbnb? Everyone sort of wants to know when. Is it sooner rather than later that we might see some of these companies go public?

COHN: I don't know. I don't know. Right now there is an enormous amount of capital available in the system. And so these companies to the extent they need working capital, and not all of them need working capital, have an enormous availability of capital to them. So to the extent they want to stay private longer, capital is not the constraining item right now.

STONE: Right. Is — is tech the biggest sector for investment banking right now? I mean this has become really a cornerstone of the Silicon Valley calendar.

STONE: So explain this to me. Some of the big tech companies, Amazon, Apple are raising money in the bond market now, and sometimes over in Europe. Given that in some cases these are very profitable companies, why is the bond market so appealing right now?

STONE: Is there anything worrying about that that there's so much fundraising now happening in the bond market?

COHN: No. These companies are sound, fundamental companies. They are going to raise debt. They are raising it in the cheapest place they can raise it, and they are taking advantage of the opportunities presented to them in what is going on in the European economy.

STONE: So at Davos last month you talked about currency wars, basically countries using currency to fuel growth. And you said that was concerning to you. Is that — do you see, still see that happening and why?

STONE: I see. And you also said that you forecasted the price of oil perhaps going down as low $30 a barrel. Of course it has rebounded somewhat. What do you see happening in the oil markets right now and what does that mean for American business?

COHN: Well I answered the question. It could go to $200 and it could go to $30. I said, yes, could be true to both of them. So the oil market right now is in a very fluid situation. We have seen five, ten percent moves over days and weeks in the last few weeks, but I think the oil market is trying to figure out an equilibrium price.

The danger here as we try and find an equilibrium price at some point we may end up in a situation where storage capacity gets very, very limited. We may have too much physical oil for the available storage in certain locations, and it might be a locational issue. And you may just see gluts of oil in certain locations around the world where oil will have to price to such a cheap discount vis-a-vis the forward price that you make second tier, and third tier and fourth tier storage available. So in one of those scenarios, which could happen relatively quickly as we saw oil move relatively quickly $10, —

STONE: We could see the price still and go down.

COHN: You could see the price fall relatively quickly to make that storage work in the market.

STONE: Okay, continuing on the theme of addressing past statements, you have expressed concern over the Fed's ability to raise interest rates. Of course we had a good jobs report recently. Has that equation changed?

COHN: We had one good job report last Friday, and the whole world seems to have changed.

STONE: But you're not convinced.

COHN: I am not convinced that one good jobs report last Friday has changed the whole world. You did see in that good jobs report the dollar again rally, gain strength, euro declined. So again if you look at what happened last week, you had interest rates go higher in the United States, you had oil go higher in the United States. And basically the dollar get weaker.

STONE: But they're constrained by the circumstances.

COHN: They're going to be constrained by circumstances and they will be concerned about the strengthening of the dollar. And other countries around the world are going to continue to devalue. Remember, devaluation is another way to export your disinflation that is coming into the United States. So I do think they're going to be in a tough position, and central bankers tend to need to see the real inflation before they move.

STONE: So prediction time, will we see a rate increase this year?

COHN: I don't really make predictions. I think the Fed is in a very tough position.

STONE: Okay. Let me ask you about the future of Goldman Sachs. The regulatory environment over the past few years since the financial crisis seems to have changed the equation for a lot of investment banks, maybe less so at Goldman Sachs. Do you see that changing going forward?

STONE: But does it bother you that Goldman Sachs is ranked among the most hated companies in America? Do you feel like that's something that you need to change?

COHN: Of course. Of course it bothers me.

The Potential Power of Negative Nominal Interest Rates (Very Long - But You Can Skip the Postscript if You Want) Last week, the Bank of Japan (BOJ) lowered its marginal bank... Read More 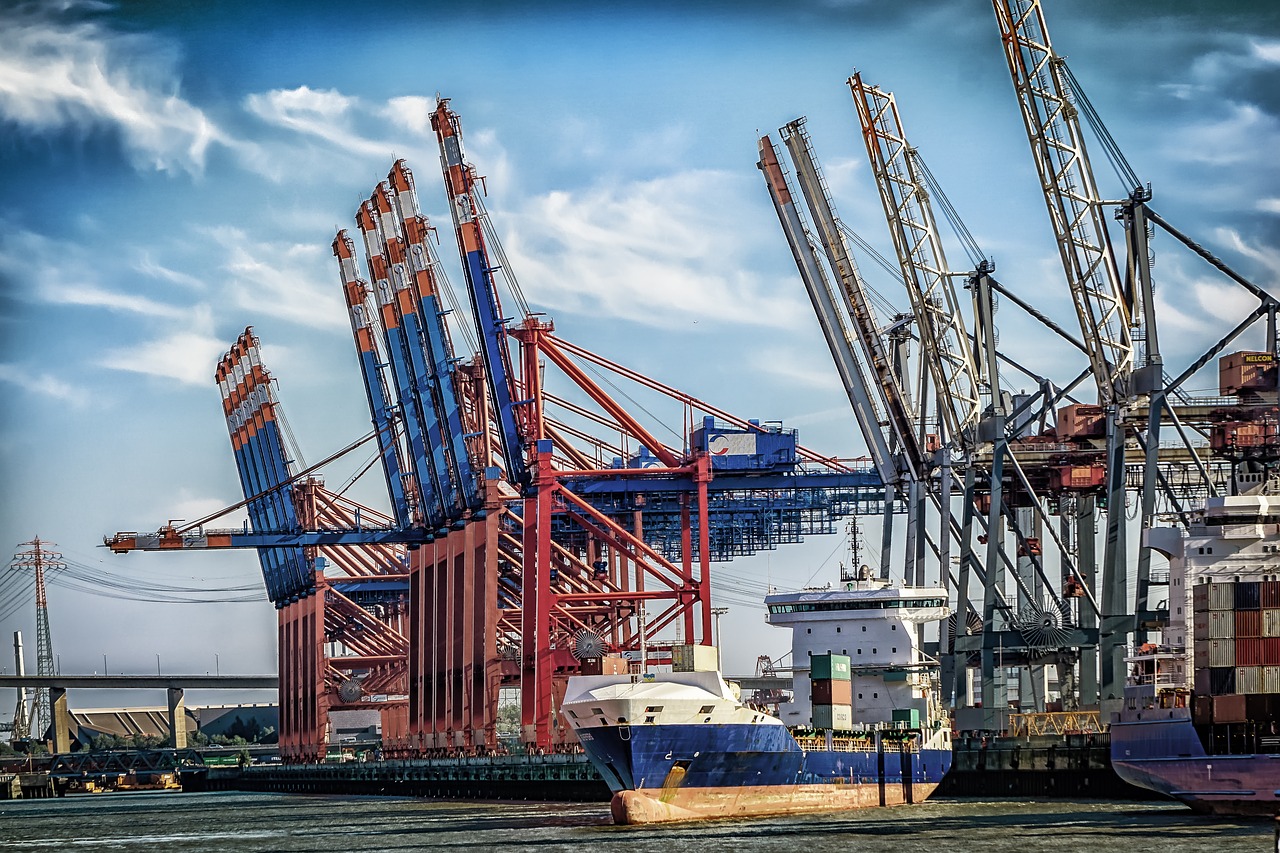 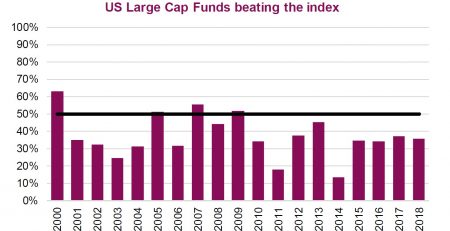 In their recent episode of the VALUE: After Hours Podcast, Brewster, Taylor, and Carlisle discussed The Market Is So Hungry For Equity. Here’s an excerpt from the episode: Q1 2021... Read More

Exploiting The Inefficiencies In Small-Cap Stocks

Judd Peters, CFA, is a portfolio manager of the Hotchkis & Wiley Small Cap Diversified Value Fund (HWVIX). Along with co-manager Ryan Thomes, he coordinates the day-to-day management of... Read More

How to Value Companies with Hidden Assets

How to Value Companies with Hidden Assets, with Christopher Crawford of Crawford Fund Management Read More