GDS Investments commentary for the month of July 2017.

I still believe the fundamentals of our economy are strong.'

Amazon vs. Walmart: Which One Will Prevail?

Senator John McCain endured a round of media scorn, and, ultimately, electoral defeat after he uttered those words on August 20, 2008 (and when he doubled-down on them nearly a month later). After all, the world was in the throes of the early stages of the Great Recession and Americans were feeling anything but strong. Now, nearly a decade on, McCain’s words make sense, and he is widely regarded as having been correct: the structural foundation upon which the American economy is built is indeed strong.

Get The Full Value Stocks Series in PDF

Get the entire 10-part series on Value Stocks in PDF. Save it to your desktop, read it on your tablet, or email to your colleagues.

Our economy is so strong that it grows and facilitates prosperity despite political calamity. Indeed, during the past 100 years, and through political turmoil of two World Wars, a cultural revolution, two Presidential impeachments, and the Cold War, American GDP, corporate valuation, and personal incomes grew steadily. Many see in the topsy-turvy geopolitical status quo, and the chaos of our domestic politics, a new test of strength. In that test, like all others before, the fundamentals of the American economy will flourish.

We operate GDS Investments, LLC confident in the American economy and the resurgence of value investing about which we previously wrote. We make decisions based on the knowledge that a few early-morning Presidential tweets and political rancor are no match for that resurgence, and that the American economy will grow independent of (and, in fact, despite) the political headwinds through which our ship of state regularly sails.

Here, we highlight several of GDS Investments' portfolio’s holdings which we expect to perform well, regardless of the drama at the White House or the next partisan shouting match on Capitol Hill.

The first of those positions is Whole Foods Market, Inc. (NASDAQ: WFM), which should soon be acquired by either Amazon.com, Inc. (NASDAQ: AMZN) or some another suitor. In a stratified market segment where most participants serve a utilitarian function, Whole Foods plays the rare role of a destination supermarket which is as much a part of its customers’ identities as their supplier of life’s necessities. To a Whole Foods shopper, a visit to the grocer is confirmation of one’s personal credo and values.

In June, Amazon offered to purchase Whole Foods at $42.00 per share. If completed, that acquisition will allow Amazon to close the all-important last step in its supply chain. Amazon will be able to directly interact with its customers at brick-and-mortar stores. There is, of course, a large overlap between the average Amazon Prime customer and the average Whole Foods consumer. Amazon may soon be able to incorporate into its expansive customer analytics the wealth of data about those consumers which the grocer possesses.

We initially sold Whole Foods after the Whole Foods-Amazon transaction announcement and, in a rare merger arbitrage strategy, repurchased some shares. We know that the grocery industry is filled with several well-capitalized competitors such as Wal-Mart Stores Inc. (NYSE: WMT), Target Corporation (NYSE: TGT), and Kroger Co. (NYSE: KR) who see in a combined Whole Foods-Amazon a direct and significant threat to their core business. One (or more) of those competitors might make another offer and, if that happens and a bidding war ensues, the price-per-share at which Whole Foods is sold may go to the low $50.00 range. In other words, we saw a reward-risk ratio which was compelling enough to keep a core position in Whole Foods until the acquisition dynamics play out.

GDS Investments added to the portfolio Qualcomm Incorporated (NASDAQ: QCOM) and TripAdvisor, Inc. (NASDAQ: TRIP). Qualcomm reached a peak price approximately 3 years ago ($81.32 on April 17, 2014), and is down approximately 35% from that high ($55.22 on June 30, 2017). More recently, though, the stock showed strength even in the face of action by the Federal Trade Commission and an ongoing lawsuit with Apple, Inc. (NASDAQ: AAPL).

Conventional short-term wisdom suggests that, because of that litigation, Qualcomm is in trouble. As you know, though, GDS Investments is no fan of short-term thinking. We see that the potential downside of the Apple litigation is $1B, which is wholly within the company’s financial capacity. Qualcomm has $30B cash-on-hand, and is leveraged to the growing smartphone market and the emerging drone and autonomous vehicle market. The company is also on the verge of acquiring NXP Semiconductors NV (NASDAQ: NXPI) for $47B. That acquisition will only add to Qualcomm’s capabilities in markets which are moving forward regardless of the distractions going on in the nation’s capital. In Qualcomm, we note the following investment attributes:

a 4% dividend yield and a more than 10-year track record of dividend increases;

more than $7B in free cash flow last year;

more than $15B in investment in Research and Development over the last 3 years;

undervaluation in a fairly valued broader market combined with exceptional ROIC and ROE characteristics; and

a long history of generating unleveraged return on equity.

Likewise TripAdvisor, which is quickly becoming the leader in the Online Travel Agent business. TripAdvisor started as a travel review site and developed a strong and loyal following (386M monthly visitors across 49 international markets). The business since transformed itself into a one-stop location where travelers investigate their options and, without switching websites, book their trips. TripAdvisor recently added major hotel chains to its platform, and now includes 9 of the top 10 such chains on the website. Over the next several decades, more and more travel-related advertising, and a growing majority of global bookings, will be done online. In that environment, TripAdvisor will either monetize its large user base or be acquired by a larger Online Travel Agent.

We continue to hold in the GDS Investments portfolio automakers General Motors Company (NYSE: GM) and Fiat Chrysler Automobiles N.V. (NYSE: FCAU). Over the past several years, these companies streamlined their operations to focus on core competencies. Earlier this year, General Motors agreed to sell to French automobile manufacturer Groupe PSA the underperforming Opel Automobile GmbH. When completed, that sale will release approximately $2B in invested capital which General Motors should redeploy into share repurchases or tactical reinvestments. The transaction is part of a broader strategy which CEO Mary Bara outlined when she stated “[w]e’re here to win. We aren’t going to win by being all things to all people everywhere. It’s not the right strategy.” That strategy is increasing operating margins to between 9% and 10% from 7.5% last year, and meeting the company’s goal of returning more than $7B to shareholders during 2017.

Fiat Chrysler is also restructuring and, in 2015, spun-off of Ferrari, N.V. (NYSE: RACE). Over the past few quarters, the stock price is up over 60% and, we expect, still has considerable upside. The company could earn as much as $6.00 per share within a few years as it considers how other subsidiaries fit into its future.

We took note of the comment by Fiat Chrysler’s highly regarded CEO, Sergio Marchionne, that the company will either get an acceptable valuation from the market or “force” it to revalue individual subsidiaries in a manner similar to the RACE spin-off. Of significant interest in that regard is the company’s Maserati unit, which generates roughly $750M in annual EBIT, and the fact that Fiat Chrysler owns several world-class brands including Jeep, Dodge, RAM, and Alfa Romeo. We are excited about this position, and eagerly anticipate Fiat Chrysler’s future.

We also provide here an update on GDS Investments’ position in Abbott Laboratories (NYSE: ABT). The company has a 128-year history as a major participant in the health care market sector, and strengthened its role in January when it completed its acquisition of St. Jude Medical, Inc. That acquisition leaves Abbot Laboratories as the dominant participant in the cardiovascular device (e.g., heart valves, cardiac rhythm management systems, and specialty catheters) business. We continue to see significant upside in the Abbot Laboratories stock price as the company starts to realize the benefits of the St. Jude acquisition, and look forward to reporting more about Abbot Laboratories in our year-end letter.

The American political system may be caught in a cycle of behavior more suitable for the schoolyard than Washington’s halls of power. That behavior is unfortunate and, in many ways, embarrassing. Our strong American economy, though, is mature and will continue its constant march forward despite the political insults, invectives, and name-calling. Though it is easy to get distracted by the wrestling-like childishness coming from the nation’s capital, we at GDS Investments will continue to focus on your investments and our shared future.

GDS Investments makes an annual offering of our updated ADV Part 2. We updated the ADV Part 2, and material changes since the previous annual update include Item 4, where we updated information about assets under management. You may request an updated ADV Part 2 brochure by calling 610.436.1120 or emailing [email protected]

Josh Tarasoff: How To Critique Your Investment Theses

How to Critique Your Investment Theses - Josh Tarasoff Read More

One of the many new industries to emerge in the Internet Era is marketplace lending or peer-to-peer lending. Moreover, according to a December 1st report from Rafferty Capital Markets,... Read More 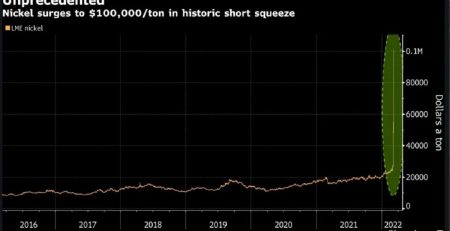 A Chinese tycoon can’t meet the margin on $2 Billion in Nickel losses, so what happens next? Well, here’s a look at the move in Nickel over on the... Read More

Here are some more long-form reading (and a few videos) for the hot, slow days of August via The Manual of Ideas.  Enjoy! Value Investing: Articles 25 Articles from The New Yorker,... Read More