This comes after the money man previously took a 7.98 percent stake in the company back on March 29. The 13-G filing showed that the Soros Fund Management bought 3,084,460 Digital River, Inc. (NASDAQ:DRIV) shares of Digital River 2.00% convertible bonds due November 1, 2030. The filling also shows that Soros owns over 10% of the eCommerce provider website.

His most recent transaction mirrors the one from earlier this year, and after Soros' filing on Friday, the stock closed at $16.31. It is currently down 0.73% to $16.25.

Digital River cut its expectations for 2012, citing weak personal computer sales and economic uncertainty. The company now estimates that its full-year earnings will come in between 96 cents and $1.08 a share, with revenues of $378 million to $390 million. Back in February, it had forecast earnings between $1.20 and $1.28 a share and revenue between $402 million and $409 million.

On July 31, the market reacted with shares tanking 15 percent to $15.21 in after-hours trading.

The club had its initial public offering on Aug. 9 and raised $233.3 million in its U.S. offering at $14 per share, reported Bloomberg. With his investment, Soros really doesn't have voting power and it does not come with a dividend.

Manchester United PLC (NYSE:MANU) has won a record 19 championships and is considered the most valuable sports team, with its $2.23 billion market valuation, but it hasn't fared as well as in the public market. Its shares have fallen 6.57 percent since the IPO.

I wrote this back in 2015.. but its still relevant so I thought I share it: Q3 hedge fund letters, conference, scoops etc The underlying assumption behind ALL fundamental analysis is... Read More 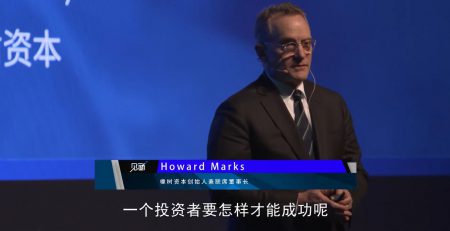 Howard Marks: How To Recognize When The Odds Are Against You

In this presentation, Howard Marks discusses how to identify when the odds are against you. Here’s an excerpt from the presentation: Q2 2021 hedge fund letters, conferences and more Image source:... Read More

I wrote the following article as part one of a two-part conclusion to my 37-page Tesla and EV industry analysis. (You can get complete analysis as an email series,... Read More

West London's The Place To Be If You Are A High Flyer by Emolument Are you thinking of moving to London or simply wondering what kind of neighbourhood you are living in?... Read More