George Soros & BAML Clash On Greece, As One Focuses On Financially Engineered Stimulation

George Soros and Bank of America Merrill Lynch appear to have a significant difference of opinion regarding Greece. One analyst, a hedge fund legend best known for “bringing down” the Bank of England, looks at the dispute from the perspective of the Greek people and knows that compounding debt and government-imposed hardship likely will not last. The other looks at the situation from a financial engineering standpoint, safe and secure in the knowledge that such economic hardships will not likely touch . . .

“Before the 15th century, people gazed at the sky, and believed that other planets would move around the Earth, stop, move backwards for a bit, and then move forward... Read More 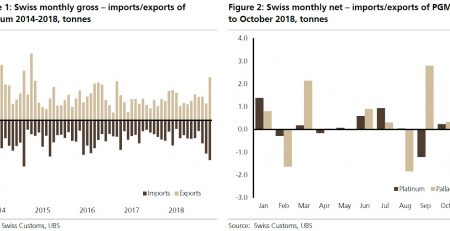 Palladium Vs. Platinum: One Is Setting Records, Other May Be Underpriced

While gold prices have traditionally gotten quite a lot of attention, a pair of silvery-white metals is capturing more and more attention. Some investors and analysts are starting to... Read More

This is part nine of a ten-part series on the life and career of Benjamin Graham, the Godfather of value investing and the Dean of Wall Street. You can... Read More

Credit Agricole And SocGen Earnings, As Russia Weighs On Banks

Jefferies analysts maintain a Hold rating on SocGen despite a goodwill write down on Russia, while they assign a Buy rating on Credit Agricole SA (EPA:ACA) following strong results. Omar... Read More