The Battle for Investment Survival via archive.org

The Battle For Investment Survival by Gerald M. Loeb

The publication of this up-to-date and enlarged edition of The Battle For Investment Survival is due to two factors—the steady demand for the first hardcover edition, which has sold over 200,000 copies, and the highly complimentary comments made by various readers of that edition. The contents of the hardcover book, which was last updated in 1957, are included here, practically without change. Here and there, as in the case of the 1964 tax revision, text changes have been made. Basically, the philosophy of the book has withstood the test of time. Some of the chapters were written in 1935 and checked in 1943 and 1957 and again now in 1965; they are still as valid as when they were written.

This edition, however, contains considerable additional material. A reader of one of my earlier discussions asked—”Have you ever tried out the ideas outlined in your book?” My reply was to the effect that the ideas were tried out first, and the book written afterward.

Any earner who earns more than he can spend is automatically an investor. It doesn't matter in the slightest whether he wants to be or not, or even whether he realizes that he is investing. Storing present purchasing power for use in the future is investing, no matter in what form it's put away. Some popular and common forms include money itself, government bonds, savings bank deposits, real estate, commodities, securities of all types, diamonds and where and when it's legal, gold.

The real objective of investment is fundamentally to store excess current purchasing power for future use. A man lays brick all day and earns $48. Perhaps in time he saves $48 and invests it for the future. Some day he may want someone else to build a house for him, and he would like to hire a bricklayer at that time to do a day's work for the $48 he saved. That at least is the ideal situation.

In real life, it works a little differently. The value of money fluctuates. In later years, it surely will not cost exactly $48 to hire a bricklayer for a day. It may cost less, but most likely it will cost more. Thus, just keeping the $48 will not always do. Since this book was first written the cost of labor has been constantly rising.

In fact, attempting to offset inflation, the rising cost of living or the depreciation of the dollar, however it is labeled, has become the number one investment consideration.

The average individual will pay storage and insurance for putting away things he wants to keep for the future. But when it comes to putting away savings he not only does not expect to pay, but also he wants others to pay him either interest or dividends for the use of his savings. If he feels as well that there are risks involved of not getting it all back, then he wants to be paid a profit besides, either in the form of a higher rate of income or a potential capital gain. Altogether, of course, he expects too much and aims at too little.

All the above boils down to the necessity of measuring the return from investments in purchasing power rather than dollars. You must get back a sufficient number of additional dollars to make up for lost purchasing power if prices are rising, and a high enough percentage of your original dollars if prices are falling. I put it this way because usually there is some profit from investments in times of rising prices (but rarely enough), and generally there are losses in times of falling prices, and usually too many.

When I started investing about 1921, it seemed a peaceful enough occupation. By 1943, I started calling it a “battle,” though a lot of people might have used that term much earlier, during 1929 to 1932. In 1957 it seemed a “war.” The hazards are still increasing.

The Battle For Investment Survival by Gerald M. Loeb 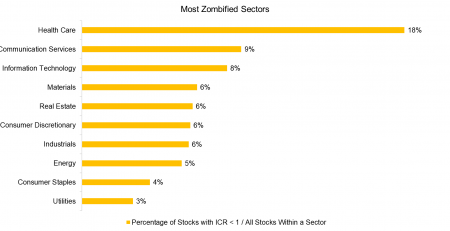 Measuring the Zombification of Stock Markets Around the World Q3 2020 hedge fund letters, conferences and more This research note was originally published by the CAIA Association’s AllAboutAlpha blog. Here is... Read More

Alibaba Says To Amazon, Ebay: Our Sales Are Greater

Alibaba.com Limited (HKG:1688), the Chinese e-commerce site, said this past weekend that it will process greater sales in 2012 than its competitors of Amazon.com, Inc. (NASDAQ:AMZN) and eBay Inc (NASDAQ:EBAY)... Read More

Another thing I must point out is that you cannot prove a vague theory wrong. […] Also, if the process of computing the consequences is indefinite, then with a... Read More