With just nine days until the current deal ends, Germany refuses Greece’s request for six-months of bridge financing
Greece looks like it’s one step closer to printing drachmas after Germany rejected its proposal for a six-month extension to the eurozone loan program. The request had been seen as a sign that Greece was still interested in reaching a compromise after this week’s Eurogroup meeting failed to find any common ground, but Germany’s rejection implies that there may not be a deal to be . . .

The majority of hedge fund executives are unsatisfied with their compensation despite the fact the majority of fund managers are making more money in 2016 than 2015, a year... Read More

Can Brazil Turn Its Economy Around?

As turnover ratio and margin financing/stock lending balances are expected to have peaked off in China, analysts at CITIC research have downgraded the Chinese brokerage sector to Neutral. Shao Ziqin... Read More

Bill Nygren the manager of the value oriented firm, Oakmark says in an interview with Morningstar that many growth companies are good buys now based on current valuation. The... Read More

This Odey Cub Has 60% Of Long Exposure In One Stock

Michele Ragazzi's Giano Capital returned 1% in July, taking the fund's year-to-date performance to 0.3%. Since its inception, Ragazzi's flagship fund has produced a compound annual return of 8.5%, according... Read More 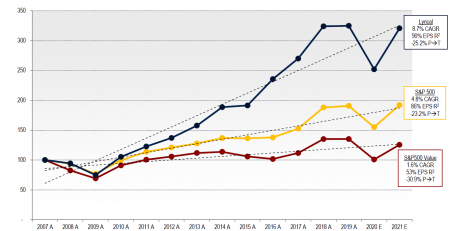 SunEdison Inc (NYSE:SUNE) was up more than 9% in trading today (currently +7.9%) after Greenlight Capital’s David Einhorn talked it up during a talk at today’s Robin Hood Investor’s... Read More

There have been a number of books written about Roger Ailes, the Fox News President credited with the success of the cable channel’s politically charged programming.  Like him or... Read More