Warren Buffett has consistently advised investors to follow a simple approach, diversifying broadly and minimizing costs. In fact, he recommended the trustee that will manage his wife’s bequest to stick to a simple 90-10 stock-bond portfolio. Is this a sensible strategy for retirees in general? Can it be tweaked slightly to yield better results? The overall evidence from 21 countries over a 115-year period suggests a ‘yes’ answer to both questions.

In his 2013 letter to Berkshire Hathaway shareholders, Warren Buffett discussed the very simple advice he gave to the trustee that will manage the bequest his wife will receive: Invest 90% of the cash in a very low?cost index fund tracking the S&P 500 and the remaining 10% in short-term government bonds. Although Buffett did not suggest that investors follow this strategy (he merely stated the recommendation he gave for his wife’s bequest), his suggestion begs the question of why this specific allocation.

For the US market, Estrada (2016a) explores the merits of a 90?10 stock?bond allocation relative to other static allocations. He finds that, for 30?year retirement periods between 1900 and 2014, a 90?10 allocation had a very low failure rate (2.3%); he also finds that this strategy provided a middle ground between the higher upside potential of more aggressive strategies and the better downside protection of more conservative ones. One of the two goals of this article is to expand the scope of the inquiry to another 20 countries, thus evaluating the global performance of a 90?10 strategy relative to other static strategies.

The second goal is to evaluate the merits of a minor twist to the 90?10 allocation by exploring a simple dynamic strategy based on mean reversion. Essentially, this strategy determines, based on the stock market performance, whether the annual withdrawal is made out of stocks or out of bonds, and whether or not the portfolio is rebalanced back to the 90?10 allocation.

The rest of the article is organized as follows. Section 2 discusses in more detail the issue at stake; section 3 discusses the evidence, first by considering several static asset allocations, and then by considering a simple dynamic twist to the 90?10 allocation; and section 4 provides an assessment. An appendix with tables concludes the article.

During both the accumulation and the retirement periods, a portfolio’s asset allocation may be static or dynamic. Static allocations imply a constant proportion between stocks and bonds to which the portfolio is rebalanced periodically; they are easy to understand and implement and therefore have simplicity on their side. They also exhibit good performance relative to many other more complex strategies; see, for example, Blanchett (2007). That said, given that, by definition, the stock?bond proportion is kept constant over time, it is critical for an investor to get the asset allocation right; if it is too conservative he may fail to meet his goals, if it is too aggressive he may be unable to tolerate short?term losses and bail out.

Dynamic allocations, in turn, imply a time?varying proportion between stocks and bonds and often are more difficult to understand and implement. In some cases the asset allocation evolves according to a straightforward, predetermined rate; one such example is the ‘age?in-bonds’ rule, that calls for increasing (reducing) the allocation to bonds (stocks) at the rate of one percentage point per year. However, in many other cases, the asset allocation evolves according to complex rules that depend on several variables and conditions; see, for example, Stout (2008). Ultimately, the issues explored in this article are two. First, the performance of a 90?10 asset allocation relative to other static allocations, taking a long?term (115 years), global (21 countries) perspective. And second, the performance of a simple dynamic twist to the 90?10 static allocation, based on mean reversion, for which the evidence is pervasive; see, for example, the seminal articles by Fama and French (1988) and Poterba and Summers (1988).

Unlike other dynamic strategies, the one considered here is straightforward. The dynamic twist aims to avoid making the annual withdrawal from stocks, or selling stocks for rebalancing purposes, when the stock market has performed badly in the recent past (defined as the previous five years), and only requires the calculation of short?term and long?term annualized returns. Given any point in time t, the former is the annualized return over the five years ending in t, and the latter is the annualized return over the period between the beginning of the sample and t. The variable that determines where the withdrawal is made from, and whether or not the portfolio is rebalanced, is simply the difference between these two annualized returns.

This strategy is akin to a bucket approach, widely discussed by Morningstar’s Christine Benz and originally proposed by financial planner Harold Evensky. In the simplest version of this approach, with just two buckets, a portion of the nest egg is invested aggressively for long?term upside potential, and the other portion is invested conservatively (basically in cash) for shorter-term living expenses.

The number of years for which living expenses is set apart in cash is flexible. An investor that uses a 90?10 split between stocks (bucket 2) and short?term bonds (bucket 1), and starts his retirement withdrawing 4% of the nest egg, essentially starts out by setting apart and keeping in cash two and a half years of living expenses; more aggressive (conservative) investors may want to have a smaller (bigger) bucket 1, thus keeping a smaller (larger) cash reserve. 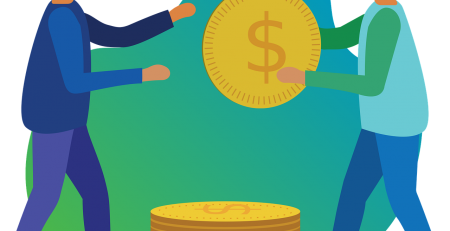 Markets Do Not “Repeat”