Global Debt And (Not Much) Deleveraging: Mckinsey – ValueWalk Premium

Global Debt And (Not Much) Deleveraging via McKinsey & Company

After the 2008 financial crisis and the longest and deepest global recession since World War II, it was widely expected that the world’s economies would deleverage. It has not happened. Instead, debt continues to grow in nearly all countries, in both absolute terms and relative to GDP. This creates fresh risks in some countries and limits growth prospects in many.

It is clear that deleveraging is rare and that solutions are in short supply. Given the scale of debt in the most highly indebted countries, the current solutions for sparking growth or cutting fiscal deficits alone will not be sufficient. New approaches are needed to start deleveraging and to manage and monitor debt. This includes innovations in mortgages and other debt contracts to better share risk; clearer rules for restructuring debt; eliminating tax incentives for debt; and using macroprudential measures to dampen credit booms. Debt remains an essential tool for funding economic growth. But how debt is created, used, monitored, and when needed discharged, must be improved.

Global Debt And (Not Much) Deleveraging – Executive summary

Seven years after the global financial crisis, global debt and leverage have continued to grow. From 2007 through the second quarter of 2014, global debt grew by $57 trillion, raising the ratio of global debt to GDP by 17 percentage points (Exhibit E1). This is not as much as the 23-point increase in the seven years before the crisis, but it is enough to raise fresh concerns. Governments in advanced economies have borrowed heavily to fund bailouts in the crisis and offset falling demand in the recession, while corporate and household debt in a range of countries continues to grow rapidly.

There are few indicators that the current trajectory of rising leverage will change, especially in light of diminishing expectations for economic growth. This calls into question basic
assumptions about debt and deleveraging and the adequacy of the tools available to manage debt and avoid future crises. We find it unlikely that economies with total non?financial debt that is equivalent to three to four times GDP will grow their way out of excessive debt. And the adjustments to government budgets required to start deleveraging of the most indebted governments are on a scale that makes success politically challenging.

“Sitting quietly, doing nothing, spring comes and the grass grows by itself” -Zen Proverb quoted by Phil Jackson in Eleven Rings: The Soul of Success It’s no surprise to our regular... Read More 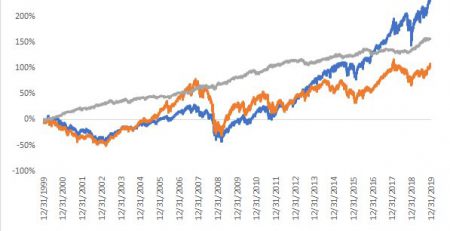 The first score of the century is in the history books. It was the best and worst of times, but in the reverse order. The lost decade was followed... Read More

Soros Warns About QE As Inequality Generator, Says EU Needs To Get Act Together

Add George Soros to the list of hedge fund managers who think the ECB stimulus program will exacerbate income inequality in Europe.  Speaking on a CNBC panel discussion in... Read More