Goldman HR Head: Greg Smith is Liar and Might be Delusional – ValueWalk Premium

Goldman HR Head: Greg Smith is Liar and Might be Delusional

BLOOMBERG EXCLUSIVE: Edith Cooper, Executive Vice President and Global Head of Human Capital Management at Goldman Sachs Group, Inc. (NYSE:GS) appeared on Bloomberg TV's “Market Makers” with Erik Schatzker and Stephanie Ruhle today to discuss Greg Smith.  Cooper said, “As we looked into his claims I was very pleased to see there wasn't merit…My biggest disappointment in this is that Greg Smith didn't come forward and speak to us.”

Cooper on how she found out about Greg Smith's op-ed:

“I was on my way to work, I think it was 5:30 in the morning and I was on the phone with some of my colleagues from around the world and my call was interrupted with the news that there was an op-ed in The New York Times from an individual who expressed concern about the firm, its culture, etc. Quite frankly, I had not experienced someone resigning to The New York Times. My first reaction was, who is he and what was his experience? Let's figure that out. What is it, where does he work…to really understand Greg Smith's story.”

On what steps her team took that day:

“We immediately looked at all of the avenues we have at the firm for people to express concerns, opinions and interests. That is an important part of the Goldman Sachs Group, Inc. (NYSE:GS) culture. It goes beyond the red flags, but to communication, dialogue, team work. That is a critical part of people-based culture. Our first action was to look at all those things. We spoke to his managers. We looked at his reviews. And then we went into a much more exhaustive analysis of all of the different avenues, whether that is compliance or outside third parties that we have in place that our employees could call. It was very difficult for us to believe that an individual could have been in a position where he was so concerned that he would not have expressed it. Our culture is about communication.”

On how often Goldman employees use resources that HR offers:

“We have a long history of an environment where people are encouraged to speak with their managers first, and then avenues that are distinct and separate from the business. That is really critical to the culture of the firm. Are people comfortable with that? Let me tell you, we hire people who are focused, driven to make an impact with our clients and for the firm. When they see something that does not make sense to them, they speak up because we instill in our people here that it is their responsibility to the individual to be shepherds, stewards and enhancers of our culture.”

On her impression of Greg Smith following Goldman's internal investigation:

“Greg Smith is someone who I think felt very strongly about his perspective. He had recently moved to London. It was a big shift for him. I have moved from New York to London. Any move, whether as an individual or with a family, you have to get used to that. He had a new set of managers and was trying to build a business. These things are not easy, but he was up to the task. We thought it was an excellent opportunity for him. We like to give our people opportunities to move into areas to continue to grow and develop their career.”

On whether she thinks the New York Times was irresponsible for not thoroughly fact checking Smith's op-ed:

“We focus on the things that we can control and the things we can control are how we can interact with our people. My biggest disappointment is that Greg Smith did not come forward and speak with us. That is our biggest disappointment. Then of course, as we looked into his claims, I was very pleased to see that here there was no merit to those claims.”

On whether Greg Smith was running into a dead end at Goldman, or whether there were options available to him:

“It is most important to focus on what we do for all of our people. And we have 30,000 or more people around the world. We have to make sure that every single day they coming to work that they are engaged and excited about being there and adding value for our clients in the markets that we serve around the world. Greg Smith was no different from that. We run a global organization and we want our people to have exposure to that. We constantly look for opportunities for people to move around the world to expand their skills and knowledge and to add more value to clients. That is part of the success formula of Goldman Sachs. At this point, it is not as much about Greg Smith. Quite frankly, he got to a point where he was not comfortable being at Goldman Sachs Group, Inc.(NYSE:GS). We have done everything we could to make sure his claims were not valid. I am confident in suggesting that we have not found anything substantive. Instead, we have moved on.”

“We wanted to make sure that he was not just an outlier. Part of that is that we have these different mechanisms that an individual can reach out to, but we also decided it was important for us to reach out to our people. As part of the normal course of running a very large firm around the world, we frequently hold opportunities for people like Lloyd [Blankfein] to meet with people from management committees, managing directors to our most junior population. We thought we needed to make it closer, so we created small forums for people to talk about their experiences and to take an up close the temperature taken on our people. That was one of the direct results of the situation.”

On whether her team has found other employees with a similar type of frustration of not moving up the ladder:

“Goldman Sachs Group, Inc. (NYSE:GS) is no different than any other large company in the world. The reality is, individuals will see themselves in one way. And sometimes, we all, myself included, perhaps, get to a point where we view ourselves slightly differently. The culture of Goldman Sachs, it is to make sure that when you get to that point, you have people that can help you explore other opportunities and work for that. That is what is unique about our culture.”

On whether she has any concerns that Greg Smith's claims could be true:

“We take all of comments made by our people very seriously. Nothing that Greg said rang true to me. And quite frankly, based on all the calls and meetings as I travel around the world and engage with our people, it doesn't ring true to many of our people. But regardless, we take it seriously and we look into it, and the answer is no. I do not see what he suggests are challenges at the firm. I believe our culture is stronger than it has ever been.”

On whether Greg Smith is delusional:

“The thing that we really focused on in his reviews was whether he felt that there was a negative environment, whether he had issues specifically with managers. The answer to that was no. But we are where we are and we want to move forward. It is really important to move forward. I'm not going to try to figure out what was in his head. I will say I am disappointed, because it is not the firm I know.”

On the morale at Goldman right now:

“You have to have perspective. That is an important part of our culture. You have to have long-term perspective. The reality is, our firm is no different than any other company that is impacted by economic downturn. We are in a position to continue to have to add value to our clients even when there's so much uncertainty out there. You started with a snapshot on china. That is weighing on the market and we at Goldman Sachs Group, Inc. (NYSE:GS) have to incorporate that into the way we think about our business.”

On what risks she's worried about in upcoming years:

“People. I would say the biggest risk for me and all of my colleagues — actually, it is a responsibility shared by everyone at the firm where we want to continue to be a firm where terrific people want to work and come together. Not just individuals who are eager to make an impact as an individual, but to be part of the next legacy of Goldman Sachs Group, Inc. (NYSE:GS). And we have to be prepared for a number of different circumstances. And we think about our people as our most important asset. I wake up and think about that. It is always on my mind. But the good news is, it is not my responsibility alone. It is a core of the success of Goldman Sachs.”

In a hedge fund letter from December 2013, Waterstone Capital, who suffered through a -20% year to date reversal last year, stated that while the hedge fund’s performance over... Read More

Washington, D.C. - Former Clinton administration Under Secretary of Commerce Robert Shapiro, who also advises senior members of the Obama administration, made the following comments on the release of... Read More 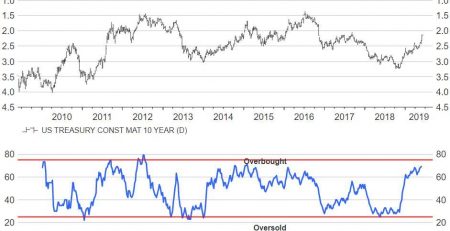 Everybody now knows the narrative of the Great Financial Recession of 2008, in particular, the impact that toxic derivatives had in terms of exacerbating the crisis.  And the usual... Read More

Don’t get me wrong, I love dividends. I even have a money management strategy based off of them. But I know that dividends are more fickle than most of... Read More