Systemic risk that was recently dormant is stirring, noted an economics research piece from Goldman Sachs. As credit spreads spike and pressure on bank equities has been building for weeks, it all just might be signaling a “reactivation of systemic risk concerns in markets.” That said analysis from Charles P. Himmelberg notes “fewer systemic concerns than credit markets are pricing.”

Yellen: Too Big To Fail still Too Big To Fail
The “systemic concerns” of credit markets are perhaps most emblematic based on the soaring Deutsche Bank credit defaults swaps, which increasingly appear to be pricing in disaster as

RBS Will Re-Privatize Sooner Than Expected

Royal Bank of Scotland Group plc (NYSE:RBS) (LON:RBS) has reached an agreement with HMT (Her Majesty’s Treasury) to retire the Dividend Access Share (DAS) policy that had given the... Read More

With international gold prices falling for the first time in twelve years many investors, institutional and individual, have seen a huge chunk of their wealth wiped out. We've already... Read More

CME Loses Power In Yet Another Exchange Blackout

The CME Group Inc (NASDAQ:CME) (Chicago Mercantile Exchange) is apparently down, according to reports breaking this afternoon. Business Insider reporter Julia La Roche revealed that the hard lines to the... Read More 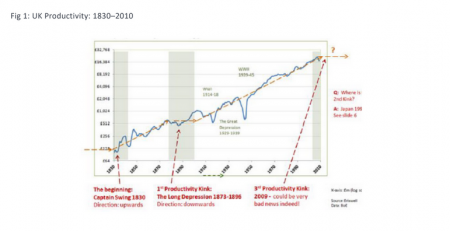 Odey Asset Management released its full-year numbers for 2019. In its December report to investors, which was reviewed by ValueWalk, the fund said it was down 11.1% for the... Read More