On Wednesday, Goldman Sachs Group, Inc. (NYSE:GS) reiterated its call for investors to buy gold (NYSE:GLD). Their reasoning behind the call to buy gold is low interest rates and slow economic recovery. The investment bank sees QE3 from the Federal Reserve later this year which they say could hurt the US dollar and ultimately push gold higher. Here is what Goldman Sachs released this morning:

“Gold prices remain too low relative to the current level of real rates. Under our gold framework, US real interest rates are the primary driver of US$-denominated gold prices. However, after being remarkably strong in the first half of 2011, this relationship broke down last fall, with gold prices falling sharply in the face of declining US real rates, as tracked by 10-year TIPS yields. While gold prices have returned to trading with a strong inverse correlation to US real rates since late December, at sub-$1,700/toz they remain below the level implied by the current 10-year TIPS yields.

The gold market’s expectation that real rates would be rising along with economic growth may help explain this valuation gap. We believe that despite last fall’s decline in 10-year TIPS yields, the gold market may have been expecting that real rates would soon be rising along with better economic growth, leading to a sharp decline in net speculative length in gold futures. Accordingly, a simple benchmarking of real rates to US consensus growth expectations suggested a level of +40 bp by year end. Our models suggest this higher level of real rates would be consistent with the current trading range of gold prices. As we look forward, our US economists expect subdued growth and further easing by the Fed in 2012, which should push the market’s expectations of real rates back down near 0 bp and gold prices back to our 6-mo forecast of $1,840/toz” (WSJ, Goldman Sachs).

Currently the investment bank has a three, six and 12 month price forecasts for gold of $1785, $1840 and $1940 respectively. However, the largest threat to Goldman’s forecast of gold is a strengthening US economic recovery.

Before you run out and buy gold, you should know that Goldman Sachs has revealed previous buying opportunities that were failures. For instance, one of the most infamous flubs was Goldman’s call to buy oil back in 2008. Oil (NYSE:OIL) was trading at $122.49 the day (May 6, 2008) that Goldman said that oil could reach $150-$200 within two years. Although they were right, they had already missed the majority of the rally. Plus, oil peaked only two months after Goldman called it a buy.

The point is that you should be cautious of buying gold here because the major leg up in gold was last year, much like their oil trade. That doesn’t mean gold is not a buy, it just means that you should do your own research to determine whether or not you believe gold is a buy. With the economic recovery looking sluggish it may be a good time to look at gold but you must make that determination with your own tools. 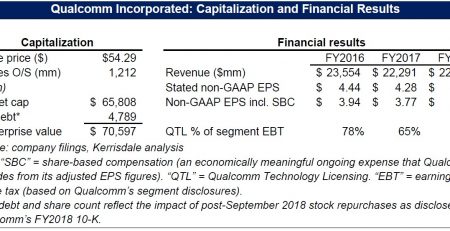 Thornburg Value Fund commentary for the second quarter ended June 30, 2016. H/T Dataroma It has been a tough few years for active management, which in the past had grown significantly.... Read More