Don’t be deceived by signals coming out of the People’s Bank of China. When the media reported the PBOC had approved a 100 basis point cut in the bank’s Reserve Requirement Ratio (RRR), that was not an easing signal, Goldman Sachs analysis surmises. The Goldman analysis comes nearly one month after they proclaimed not to be worried about a China credit crisis. One month later, however, they noted Chinese defaults are rising rapidly.

The majority of colleges and universities increase their tuition like clockwork, a U.S. News report shows. In state University tuition have been rising the most, significantly outpacing general inflation.... Read More

PIMCO Says ECB Stimulus To Be Hampered By Pension Regulators

Here’s a great interview with Mohnish Pabrai and The London Business School. During the interview Pabrai discusses his stock selection process, which he says starts with getting rid of... Read More 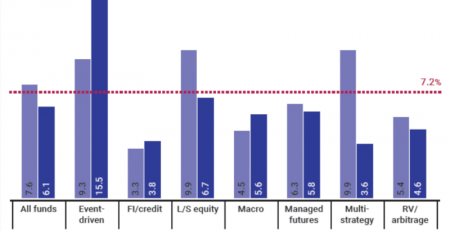 HFM Insight's latest update report covers the performance and assets under management of billion dollar hedge funds in April, alongside the HFM Indices performance. Get The Full Series in PDF Get... Read More

Bloomberg is reporting that US prosecutors seek more than $13 billion from Bank of America Corp (NYSE:BAC) to settle federal and state probes into the bank’s opaque mortgage backed securities... Read More