In a move that surprised everybody, long-time Google Inc (NASDAQ:GOOG) executive Marissa Mayer has been appointed as the president and CEO of Yahoo! Inc. (NASDAQ:YHOO). Ms. Mayer, who was the first female engineer at Google, is known for playing key role in bringing some of the Google's most popular products such as Gmail, Google Maps, Google Images and Google News.

Her appointment is considered . . .

Vikas Shukla is a technology reporter. He has a strong interest in gadgets, gizmos, and science. He writes regularly on these topics. 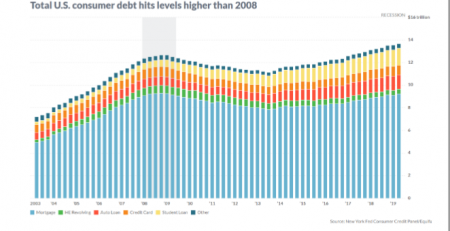 Livermore Partners 78 Percent In H1 On Valeant And Tesla Shorts

Lending money to Greece may not be the soundest financial decision that could be made in today's world. The country is not exactly known for its financial stability, and... Read More

With Bitcoin up a strong 321% year to date, cryptocurrency hedge fund manager John Chalekson looks like a genius. The crypto hedge fund, whose marketing materials for limited liability... Read More

Yacktman Asset Management LP revealed in its recent 13F filing that it added 3 new stocks to its portfolio, bought more shares of eight stocks, exited one stock and... Read More

The shakeups continue at JPMorgan. It was reported today that JPMorgan Chase & Co. (NYSE:JPM) is losing its second chief compliance officer in as many years amidst never before... Read More

WASHINGTON, D.C. – Today, Campaign for Accountability filed a Freedom of Information Act Request with the Consumer Financial Protection Bureau (CFPB) to follow up on a Seattle Times/Center for Public... Read More