Greenlight Masters H1 Letter: We Worry About Distortions Which Have Bid Up "Uber and uber-safe assets" – ValueWalk Premium

Everyone knows David Einhorn's famous Greenlight Capital and to a slightly lesser extent his reinsurer Greenlight Re – however far less are familiar with Einhorn's fund of fund Greenlight Masters.

Some of the hedge funds the FOF is invested in

David notes that Mangrove Partners was the top performer with an impressive 20% return in H1, according to a copy of Greenlight Masters H1 letter obtained by ValueWalk. Overall, the FOF had a decent first half with returns around 0.5% similar returns of 0.4% at Greenlight Capital.

Einhorn starts off the letter with some humor and insights about Pokemon Go (old?) craze, the crazy 2016 elections, and then expresses concerns over valuations, stating:

The S&P 500 has tripled over the past seven years despite the weakest post-recession recovery in history. A large portion of the world’s sovereign debt has negative yields, and valuations for other traditionally “safe” assets are at historical highs. At the same time, companies that generate little to no earnings but plenty of buzzwords (Eyeballs! Mindshare! On-demand economy!) are also at exceedingly high valuations. We worry about the distortions in a world that has bid up both Uber and uber-safe assets.

We are living in a difficult, low-return world that has been ignoring risk incidents. When the market shrugs off its problems, it is not a plus, as that permits problems to accumulate.

While we do not hazard to guess when the current bull market will end, it remains true that if something cannot go on forever, it won’t. Though our performance was only modestly positive, we were pleased to see most of our managers successfully navigate the volatility in the first half of the year. We continue to position the portfolio to be able to both weather the bad times and prosper during the good times.

We’ve enjoyed watching the launch of Pokémon Go. The augmented reality phenomenon is a fascinating prism through which to analyze the world. For instance:

Pokemon Go was released at nearly the exact same time that investors had to maneuver through the reality of Brexit. Much ink has been spilled in hedge fund letters discussing the implications of Brexit and how those funds navigated the momentary turmoil. The market’s quick dismissal of the news and rally to new highs makes us wonder if the Brexit vote actually happened. On this side of the pond, some days it’s not even clear whether the U.S. presidential campaign is real or imaginary.

We expect single-stock shorting to continue to be a fertile area of opportunity, particularly if investors stop giving growth companies a pass for poor operating results.

Mangrove was our top performing fund, generating a net return of 20.0% for the first half of the year. Mangrove took advantage of the sell-off in credit late last year and earlier this year by purchasing a variety of distressed debt securities, notably in energy and commodity-related companies. Some of the long equity positions that detracted from Mangrove’s performance last year rebounded and were significant contributors. Mangrove has also been more proactive in several situations, both in equity and credit, including Asta Funding, RPX Corp, and SunCoke Energy.

PlusTick has had a strong rebound this year and was our second-best performer, returning 18.9%. After a challenging 2015, PlusTick used the volatility in the energy sector to its advantage. PlusTick started the year with several E&P short positions, then pivoted in January and February by covering a number of them and purchasing select E&P bonds that had traded into the range of 40 to 50 cents on the dollar. PlusTick identified companies with limited near-term maturities, sufficient liquidity, and significant upside in the event of a commodity price rebound. Many of these bonds have already doubled. PlusTick’s long and short energy positions contributed approximately half of its returns.

Firefly had a strong first half return of 15.5%, putting it above its high water mark. Firefly’s largest position, Rice Energy, doubled in the first half of the year and was its biggest winner. The significant bounce in commodity prices was a welcome relief for several longstanding energy long positions, and additionally presented Firefly with an opportunity to initiate a number of new short positions in challenged E&P and energy services companies with bad balance sheets.

EcoR1’s flat result in the first half is impressive against a biotech tape that’s down 23.8% (as measured by the NASDAQ Biotechnology Index). EcoR1 protected capital by generating alpha on both longs and shorts and deftly managing exposures. In particular, investments in two newly public gene-editing companies were healthy contributors in spite of the poor market performance. Commenting on the current biotech environment, Portfolio Manager Oleg Nodelman offers the following:

We find ourselves in a bizarre market environment in which there is fear but not capitulation, increasingly limited access to capital and yet pockets of speculation, and the S&P reaching new highs while investors are holding the highest cash levels since 2001. Unfortunately, our Magic Eight Ball is out for repairs. But the one thing that is for certain about a twilight zone market is that endings are always unexpected.

The challenging IPO and secondary market for biotech creates interesting opportunities for EcoR1. While most hedge funds shy away from providing private capital, Oleg has the experience and flexibility to negotiate structured investments in capital-starved companies at valuations and terms that are favorable. EcoR1 has participated in several of these situations to date, and will likely have more opportunities as the public equity markets continue to shun biotech. These opportunities currently represent about 5% of EcoR1’s portfolio.

Truck Capital had a tough first quarter but rebounded nicely in the second quarter and is up 1.8% through June. Truck’s largest investment, a Chinese game developer, reported a better-than-expected first quarter, yet the stock sold off significantly only to rebound 37% in Q2. Similarly, a large short position in an over-levered commodities trading firm rallied 16% in Q1, only to fall 43% in Q2 following the resignation of both the founder and the CEO. That was followed by a dilutive rights offering in which the chairman declined to exercise his full rights. Truck’s patience and conviction paid off when the prices of these stocks eventually followed fundamentals.

Sessa Capital declined 3.6%. Several core long positions in financial companies and a semiconductor company detracted from performance. In the third quarter of last year, Sessa took an activist role with its investment in Ashford Hospitality Prime, and subsequently sought a change in the board of directors. Sessa’s efforts are ongoing and the stock has appreciated on news of an offer for the company’s assets at a price substantially above recent trading prices.

Darsana lost 6.5% in the first half of the year. While the fund took advantage of the market sell-off in January and February to initiate some new investments and add to several existing positions, both the long and short sides of the portfolio have lost money this year. Unfortunately the fund’s largest longs have underperformed, and given the concentrated nature of the portfolio, that weighed on overall returns.

North Tide continued to struggle during the first half of 2016 and was our bottom performer with a (13.4)% return. The long side caused the bulk of the damage as several of the fund’s core positions like Community Health Systems and SuperValu remained unpopular and were punished as they missed earnings or reset expectations. Portfolio Manager Conan Laughlin assessed his portfolio in a recent quarterly letter:

We clearly have a factor bias in our Fund today (long levered value, short safe growth) that is hurting our performance, and yet the opportunity set presented by these imbalances is as compelling as we’ve seen in years. Our conviction in individual positions and the margin of safety and asymmetrical risk/reward in those positions remains squarely intact, and through all of the carnage, our big bets remain our big bets almost to a stock.

North Tide’s top five long positions are contrarian and represent 45% of AUM. When we recently spoke with Conan and reviewed the portfolio, we came away agreeing that his long portfolio has embedded value and the short book is robust and expensive. Consistent with its history, North Tide is currently running with neutral net exposure.

After more than a decade of partnership, we parted ways with North Run and redeemed our small remaining investment in June. We wish Todd Hammer, Tom Ellis and the entire North Run team the best of luck.

Fairfax Financial annual letter to shareholders for the year ended December 31, 2014. Prem Watsa discusses a theme he mentioned last year, with an inclusion of private companies at high... Read More

This is a very very good yearly report put together by CS. Check it out below Introduction 2015 has begun with a series of apparent contradictions and dramatic reversals. In the... Read More 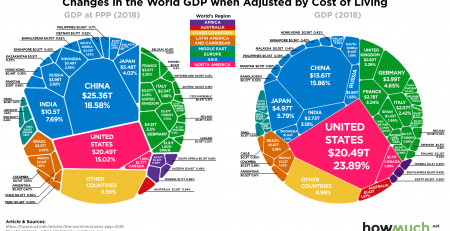