Greenwood Investors's third quarter letter reviews our process and its increasing ability to predict future returns. Every time our portfolio’s risk-adjusted return has hit high levels, subsequent performance has been strong. It remains above 20x, and above the previous record-high from earlier this year, after which our portfolio returned 14%. Of course, past performance is no guarantee of future performance.

“It's easier to invent the future than to predict it.” – Alan Kay

It has taken a few years to develop our force-ranking methodology, in which we continuously challenge our pipeline against our portfolio in an effort to increase our odds of finding treasures in global markets. The criteria are largely anchored by the risk-adjusted return profile of positions, along with the various quality measures of each business and an assessment of the managers that lead them. This system not only focuses our diligence efforts on the most attractive candidates, but has dramatically helped make our portfolio management more precise. Prior to using this proprietary system, which we continue to enhance each quarter, our average trading and investment success rate was about 50%. In 2014, the success rate improved to nearly 80% and has modestly improved in 2015. We’ve been tracking our portfolio-level statistics for over a year now, and it turns out our portfolio’s risk-adjusted return profile has been an excellent predictor of future returns.

Hind sight has shown that when the risk-adjusted return profile has reached very high levels, subsequent performance has been very strong. Thanks to the Volkswagen emissions-cheating scandal, which caused a sell-off in FCA and Renault, our portfolio’s weighted average return profile at the end of the quarter was over 30x, a record high. In the aftermath of the astounding scandal, we showed evidence that Fiat-Chrysler and Renault are very likely telling the truth, and have not cheated emissions testing.1 The last time our risk-adjusted return started a quarter off at such a record was the first quarter of 2015. At the beginning of the quarter, our return profile had reached a new record of 13.8x, and our portfolio returned over 14% in the subsequent months. It remains above 20x today.

It seems we may have a rough way to predict future returns, which are pretty much all we care about. Even though we have a long-term view on our positions, and our average holding period has averaged 2.7 years, we're only as good as our last call. In the third quarter, thanks to the panic caused by Volkswagen and European market underperformance, we only barely outperformed global markets. Our traditional composite contracted by 7.8% and our Global Micro composite contracted by 8.1% to end the first nine months of the year up 7.2% and 8.1% compared to the MSCI all-world all-capitalization index contraction of 8.2% over the same period. Yet, October has already seen nearly the entire contraction in the third quarter reversed, and our composites are respectively now up 14.0% and 16.0% through Halloween, compared to the MSCI return of -1.3%. We were able to use the weakness in September to scoop up a more meaningful stake in Piaggio (PIA IM) for a pittance, and buy more FCA, which is cheaper than beleaguered Volkswagen backing out the value of Ferrari (RACE) we will receive in early January. We made sure we were well positioned for FCA’s very predictable outperformance as it blows away earnings estimates and distributes the rest of Ferrari. Incredibly, after our near quadruple in the position, it remains the most attractively-priced security in our portfolio and pipeline.

We have already published two research notes on Ferrari, which are available to all of our investors in the password-protected segment of the website, which we’ve called The Grove. We have posted excel models, conversation notes, and all of our historical research on each position. Since winning major awards in September from Factset and SumZero, including the top research idea in their most recent contest,3 we’ve received a substantial level of interest from our peers for our research. We felt it timely to start protecting our intellectual property, and make it available only to investors and friends who contribute to our process. Furthermore, research on our “next Finmeccanica,” will only be available to investors and other institutional investors that are interested in co-investment opportunities. We’re sending login information to all investors concurrently with this letter, but please get in touch if you’re having any difficulties. We’re taking our transparency to an unprecedented level for our industry, and our newest notes on RACE have some very intriguing statistics.

Before we discovered it, not many would have guessed that every single limited edition vehicle Ferrari has sold in the last two decades has outperformed an investment in the US market. For example, the Enzo has compounded in value at nearly 15% a year whereas the S&P has only returned 5% annually over the same decade. Some of the earliest vehicles Ferrari produced have compounded at nearly 20% and have fetched valuations well over $30 million in recent auctions. In the last financial crisis, Ferrari’s sales went up 7% from 2007-2009, outperforming other luxury houses such as Prada and LVMH. Waiting-lists for one of its oldest vehicles, the F12 berlinetta, still stretch as long as two years. This durable demand has allowed the company to start modestly expanding production. As it does, incremental profit margins are 60% vs the 20% the company reported in the most recent quarter. Satisfying a slightly higher level of customer demand will allow Ferrari to more than double operating income in the next year, and nearly triple free-cash-flow over the next few years. FCA will spinout shares of RACE to us at the beginning of next year, and we are eager to have a concentrated position in this company, which we think represents a recession-resistant triple. Barron’s highlighted our research a couple weeks ago in an article entitled, “Love Ferrari, Buy Fiat Chrysler.”

Just as the Italian consumer has started to recover, with scooter sales in Italy expanding by 15% in the most recent quarter (after a 70% decline in the last decade), shares of Piaggio sold off with the correction in European stocks. While incremental profit margins are not quite as high as F12 berlinettas, selling more Vespas to southern Europeans at nearly 40% profit margins will allow the company to meaningfully expand its profit margins from 6% in 2014. Currently the Italian stock of motorcycles and scooters has reached an all-time old age, with more than half the fleet older than 14 years. There is substantial pent-up demand that has just started to be unleashed in Italy, yet we’re not paying for any recovery in shares of Piaggio given it is trading at a discount to historical levels. By comparison, when Harley Davidson’s end markets started to recover, its shares traded at nearly triple Piaggio’s current valuation.

If you’re a fan of reading other investment research or letters, or you have other investments elsewhere (which should be everyone except your author!), you will no doubt hear of many bargains. The question is, how do we compare one bargain against the next? We have many American “bargains,” in our force-rank system, and many of these domestic opportunities do not stand up to the attractive return profiles of our European special situations. So many American industries look closer to the top than the bottom, and it has been hard to get conviction on much on this side of the Atlantic, even though we’ve spent a lot of time recently on domestic situations.

Even still, we’ve never done well by predicting macroeconomic circumstances, and have only performed through good individual company selection. We have sound conviction in a small herd of companies, Fiat-Chrysler, Finmeccanica, Exor, Piaggio and CIR, and the specific circumstances at these Italian stallions have been further reinforced by a sudden awakening of the Italian consumer, after 15 years of unabated suppression. We put together some rare macroeconomic commentary about the Italian economy a few weeks ago, and explained how we are well positioned to grow with the Italian consumer, who is now more confident than at any point in the last 13 years.

There are few things in the current world that will give one as much conviction as do our opportunities, such as buying an Italian-American or French automaker at a cheaper valuation than a distressed German peer that is engulfed in an “existential” crisis. Our two defense companies, Finmeccanica and Rolls-Royce, are enjoying an unprecedented backlog of aerospace demand and are trading at generationally cheap valuations with new management teams that bring excellent track records with them. Just three quarters into Moretti’s turnaround of Finmeccanica, he has already exceeded his 2016 targets for the group, with substantial restructuring opportunities remaining. While Vespa invented the scooter and still produces the highest-quality scooter in the world, a 15-year-old bike is in dire need of a replacement, and consumer confidence will support a healthy recovery for Piaggio. In the United States, our two distressed biotech companies (MEIP and MSTX) will be reporting game-changing trial results in the near future, and Altisource Residential (RESI) has a new CEO that both understands the importance of good capital allocation as well as the factors that will deliver solid operational performance. We own RESI at half its current net asset value, consisting of single family homes that are also at generationally cheap prices relative to affordability.

Our pipeline is full, and we have no shortage of opportunities to research. We will continue honing our process, and our trading and investment performance over the last two years suggests that no matter which curve balls come our way, we will adjust well. The future is inherently impossible to predict, but on an individual company level, circumstances are easier to control, particularly when they are led by very adept managers. No matter what happens with the U.S. or Chinese economy, we have selected a great team of managers to guide under-appreciated companies through transformational moments in their history. Thank you for your support and interest.

P.S. Our typical results table will be posted on our website shortly, as we are nearing the completion of a certification of our performance reporting methodology which uncovered no material changes to our cumulative performance. Also, please note our address has changed to 45 Rockefeller Plaza, Suite 2000 / New York, NY 10111.

Discover Financial Services (NYSE:DFS) through its unit, Pulse Network LLC filed a case against Visa (NYSE:V) on allegations that it is using anti-competitive practices in running its debit-card business. Discover’s... Read More

Hugh Hendry of The Eclectica fund is out with his latest letter which has been obtained by ValueWalk (see Hugh Hendry’s Eclectica Battle On BoJ! Gains on Australian Shorts). The... Read More

Get Ready Wall Street, Google And Amazon Are Coming

Bain and Golden Gates reportedly made a bid for BMC Software, Inc. (NASDAQ:BMC) rivaling another consortium led by KKR & Co. L.P. (NYSE:KKR). According to a Reuters report, a private... Read More 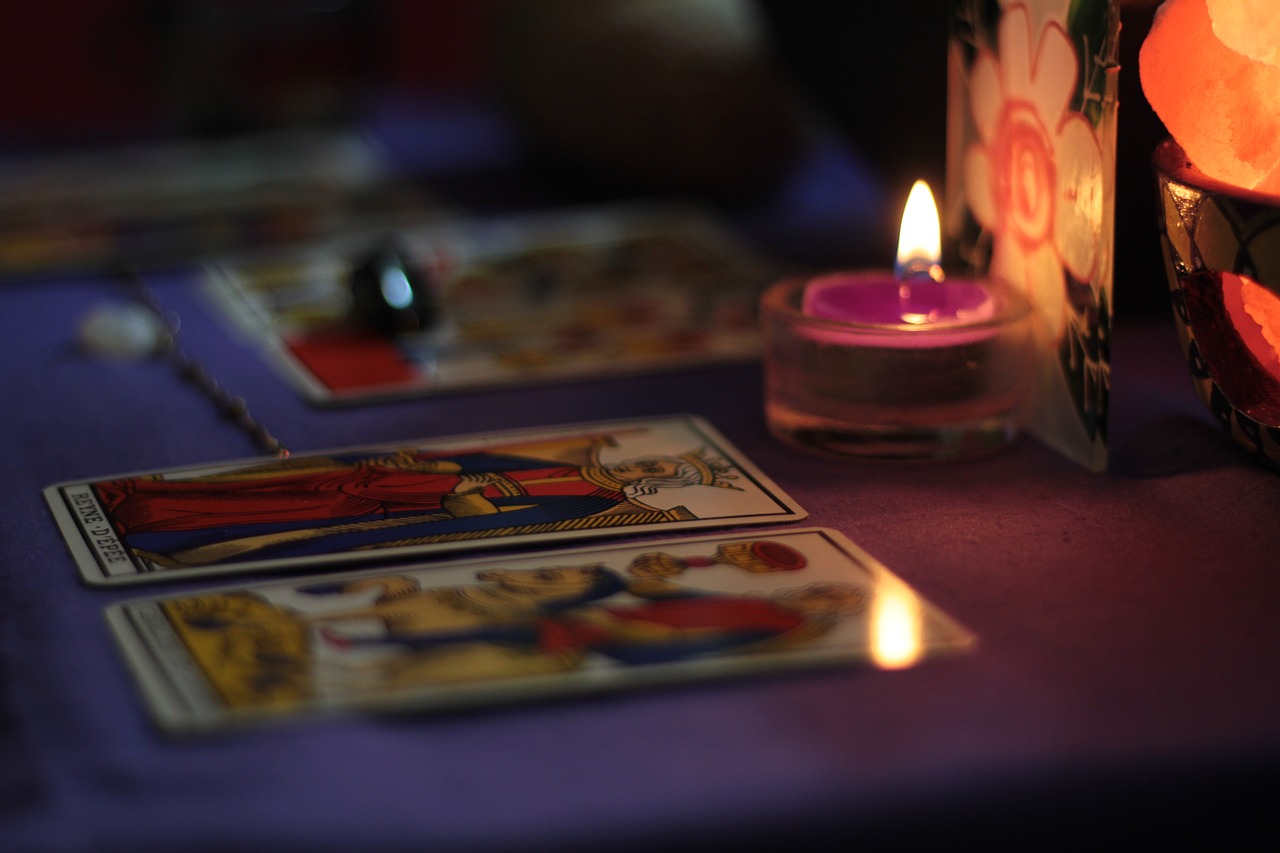 This makes for an interesting reading: Continuing almost two decades of tradition, our experts have made 10 Outrageous Predictions for the year ahead. Their consensus-smashing forecasts would send shockwaves through... Read More