During the first eight months of 2015, there was an ongoing debate about whether or not Greece should remain in the euro area. Using an event study approach, we quantify the effects of Grexit-related statements made by six important euro area politicians (Merkel, Schaeuble, Tsipras, Varoufakis, Juncker, and Schulz) on intraday stock returns in Germany, Greece, and the euro area during the period of January 1, 2015-August 19, 2015. We show that positive statements indicating that a Grexit is less likely lead to higher returns, and negative statements to lower returns. The overall impact of negative statements is more pronounced. The cumulative absolute effects on stock returns are sizeable as the statements contribute to a variation of up to 58 percentage points in the ATHEX. These large effects are of particular relevance as our study only captures an eight month snapshot of the Greek government debt crisis.

Greece was bailed out in May 2010 and February 2012 by the ‘Troika’, which comprises the European Commission (EC), the European Central Bank (ECB), and the International Monetary Fund (IMF). The bailout loans were conditioned on the implementation of austerity measures, structural reforms, and privatization of government assets. On the 29th of December 2014, the Greek parliament failed to elect a new president, which led to snap elections. Opinion polls taken before the elections indicated that the anti-bailout party Syriza (which announced that it would not comply with the previously negotiated terms in the bailout agreement) held the lead. This rising political uncertainty caused the Troika to suspend all scheduled remaining financial aid to Greece, until the Greek government either accepted the previously negotiated conditional payment terms or, as an alternative, could reach a mutually accepted agreement on updated terms with its creditors.

This rift rekindled the liquidity crisis for the Greek government and the Greek financial system, resulting in plummeting stock prices at the Athens Stock Exchange. Meanwhile, interest rates for loans to the Greek government in the private lending market spiked, making it, once again, inaccessible as an alternative funding source. When Syriza won the election on January 25, 2015, the Eurogroup granted Greece a four-month technical extension of its bailout program with the proviso that the payment terms attached to its last tranche must be renegotiated with the new government before the end of April 2015. No agreement was reached, however, until the end of May 2015.

Faced with the threat of sovereign default, the Greek government attempted to renegotiate the bailout agreement in June 2015. However, the Syriza government unilaterally broke off negotiations on June 26, 2015, and announced a referendum to approve or reject the achieved preliminary negotiation result for a new set of updated terms ensuring completion of the second bailout agreement. In light of this turmoil, the Athens Stock Exchange closed on the 27th of June 2015. A significant majority of Greek citizens voted to reject the bailout terms, causing stock indexes around the world to tumble yet another time after July 5, 2015. Negotiations between Greece and other euro area members continued in the following days in an effort to determine whether or not Greece should remain a member of the euro area. On July 13, 2015, euro area leaders reached a provisional agreement on a third bailout program to save Greece from bankruptcy with the deal being finalized on August 19, 2015.

During these eight months, there was an ongoing debate about whether or not Greece should remain in the euro area. It was during this time that the term ‘Grexit' (Greek exit) became very popular in the media and among politicians. Thomson Reuters recorded 378 statements containing the word Grexit (or another synonymous term) made by six important euro area politicians during the period of January 1, 2015-August 19, 2015. The six important politicians are German chancellor Angela Merkel, German finance minister (FM) Wolfgang Schaeuble, Greek prime minister (PM) Alexis Tsipras, Greek FM Yanis Varoufakis, EC president Jean-Claude Juncker, and European Parliament (EP) president Martin Schulz (see Figure A1 in the Appendix).

As mentioned earlier, stock markets, not only in Greece, but also in the rest of the euro area reacted to these Grexit-related news (see also Figure A2 in the Appendix). Narrative evidence suggests that positive news, defined as comments suggesting a less likely Grexit, led to an increase in stock returns, whereas negative news, defined as comments suggesting a more likely Grexit, led to lower returns. The paper at hand aims at quantifying these effects on stock returns in Germany, Greece, and the euro area. We begin our analysis by extracting the 378 statements from the Thomson Reuters database and coding them as to whether they (i) indicate a lower likelihood of a Grexit, (ii) contain a neutral stance or no clear information on the likelihood of a Grexit, or (iii) provide a signal that a Grexit more likely. We then use an event study approach to analyze how these statements impact stock returns measured in 30-minute intervals. By employing intraday data, we make sure that we identify the effects of only political communications and that our results are not confounded by other events.

Could Western Union Be The Next Activist Target?

With a vulnerable board overseeing a laggard stock in a corporation that generates plenty of cash, activist investors have a chance to overhaul The Western Union Company (NYSE:WU)’s board,... Read More

Its poor hedge fund performance that major insurers are pointing to after weak earnings numbers have been reported. When the largest U.S. insurers reported earnings recently, it wasn’t sales or... Read More 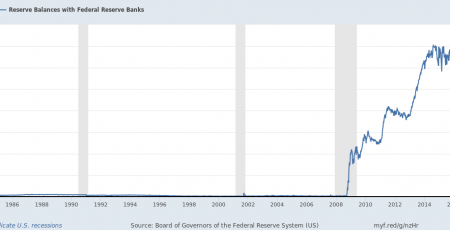 Amid news that California is considering a bill to ban gas-powered cars by 2040, the future for electric cars – and the commodities that drive them – appear to... Read More

UK Current Account Deficit That Cried "Wolf!" by Rupert Seggins & Marcus Wright, RBS Economics A tale about the UK current account deficit What is the current account, what has... Read More