Grey Owl Capital Q1: How It Ends, Nobody Knows, Not Even Stan Druckenmiller!! – ValueWalk Premium

“See, there were these two guys in a lunatic asylum… and one night… one night they decide they don't like living in an asylum any more. They decide they’re going to escape! So like they get up on to the roof, and there, just across the narrow gap, they see the rooftops of the town, stretching away in moon light… stretching away to freedom. Now the first guy he jumps right across with no problem. But his friend, his friend daren't make the leap. Y'see he's afraid of falling… So then the first guy has an idea. He says “Hey! I have my flashlight with me. I will shine it across the gap between the buildings. You can walk across the beam and join me.” But the second guy just shakes his head. He says… he says “What do you think I am, crazy? You would turn it off when I was half way across.”

– The Joker, from Alan Moore’s The Killing Joke

Grey Owl’s strategies all performed well in the first quarter. The good performance came despite US GDP growth of just 0.2%, continually lowered earnings expectations, and volatile equity and bond markets. Below we discuss the current environment including the now absolute fixation by investors on every Fed comment, our continued focus on an all-weather approach, and our best and worst performing securities during the quarter. First, here is the performance table for the Grey Owl Opportunity Strategy as of March 31, 2015:

What’s in a name?

“What’s in a name? That which we call a rose By any other name would smell as sweet.”

News coverage and capital market trading both preceding and following the March 18th Federal Reserve statement release and press conference best resembled a circus. Why? The Fed removed the word “patient” from its communication template. That is, investors should no longer believe that the Fed will be “patient” before beginning to raise interest rates.

“Fed Puts Interest-Rate Hikes in Play” was the title of the Jon Hilsenrath Wall Street Journal story the evening of March 18th. The article followed the release of the Fed’s statement and subsequent press conference by Chairwoman Yellen. The first sentence of Hilsenrath’s story read, “The Federal Reserve opened a door to raising short-term interest rates by midyear, but signaled it’s in no hurry to walk through it.” What is the difference between “patient” and “in no hurry?”

Prior to the Fed’s statement release, the S&P 500 index was down 13 points (~0.6%) to 2061 from the previous day’s close of 2074. Investors were anticipating the removal of “patient” from the release and were selling equities on the concern they could no longer rely on the Fed’s easy money policy to boost markets.2 Then, after Ms. Yellen’s dovish presser, investor thinking reversed and the S&P 500 rallied 44 points (over 2%) to 2105 before closing at 2099. In large measure, this manic activity was over a single word, which by all indications has no meaning to the Fed anyway.3

Way back in the 1500s, Juliet recognized that a name is merely a simplifying convention and holds no truth in and of itself. The insight was profound beyond her teenage years, and seemingly genius when compared to the collective investment community today.

Juliet, Juliet, where art thou…

News, speculation, and innuendo regarding the Federal Reserve, as well as the European Central Bank and the Bank of Japan, have replaced corporate developments as the primary drivers of capital market trading activity. Like the first inmate from the insane asylum, the Fed has been shining a flashlight across the gap between buildings. Like the second inmate, investors have been walking across. Now, as a group, investors are worried Janet Yellen might turn off the light beam before we make it across.

Grey Owl: How it ends, nobody knows, not even Stan Druckenmiller

Six years from the March 2009 equity market trough, the Fed’s continued “emergency” largess is putting capital markets, as well as the underlying real economy, at increasing risk. On January 18, 2015, renowned investor Stanley Druckenmiller gave a talk at the Lost Tree Club. A transcript of his comments has been circulating amongst investment professionals via the internet.

The first part of the talk centers on Mr. Druckenmiller’s career. Towards the back third of the discussion, he switches from history to comments on the current environment. On the impact of QE & ZIRP he says, “I don't know when it's going to stop. And on inflation this could end up being inflationary. It could also end up being deflationary because if you print money and save banks, the yield curve goes negative and they can't earn any money or let's say the price of oil goes to $30, you could get a deflationary event. … So, the fed keeps talking about deflation, but there is nothing more deflationary than creating a phony asset bubble, having a bunch of investors plow into it and then having it pop. That is deflationary.”

Since founding Grey Owl Capital Management in May of 2009, we have argued that binary positioning was dangerous (i.e. aggressively positioning for inflation or deflation). A review of our quarterly letters since that time emphasizes this point. Based on a wide range of tested indicators, we believe the need to maintain this all-weather approach to investing is as critical today as it has been at any point since the late 1990s.

In their recent episode of the VALUE: After Hours Podcast, Jake Taylor, Bill Brewster, and Tobias Carlisle discussed Even The Best Strategy Will Go Backwards Sometimes. Here’s an excerpt... Read More 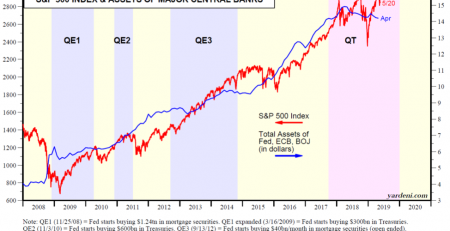 In a new report by the trustee liquidating MF Global Holdings Ltd (PINK:MFGLQ), James Giddens gave a status of his efforts to recoup missing customer funds up to $1.6 billion... Read More

Japan Check-In: Will the Weak Q3 GDP Reading Draw a Policy Response? by LPL Financial Highlights The much weaker than expected Q3 GDP reading in Japan is a modest threat to... Read More