And it's not pretty as the company's shares plummeted on Thursday.

Bank of America/Merrill Lynch analyst Justin Post slashed his rating on the stock to “Underperform” from “Neutral” and gave a price target of $4.20 per share, down from $5.25 per share. This predominately came on concerns for the company's lower gross margins.

“Despite double-digit customer growth, with gross profit declining year over year, Groupon has arguably the weakest fundamentals in our eCommerce coverage sector,” the analysts said.

Wells Fargo & Company (NYSE:WFC) also had a gloomy outlook for Groupon. Analysts had commented that with, “the company's recent change in strategy” it has seen Groupon go from its initial identity as a technology “purveyor” to more of a retailer these days. The bank downgraded Groupon Inc (NASDAQ:GRPN) to “Market” perform and slashed this year's estimates.

“We liked the original Groupon Inc (NASDAQ:GRPN) business model of providing a syndicated commerce platform for merchants,” the analysts noted.

Looking ahead, the company sees first-quarter revenue to be between $560 million to $610 million while analysts had estimated $650 million.

Investors were also down on the company, which caused the stock to plummet 20 percent on Thursday morning. At one point, Groupon's price fall triggered Nasdaq's short-sell circuit breakers, reported MarketWatch.

This came after the stock fell 26 percent in premarket trading.

It has been a bumpy road for the company and it stock price during the last few months. In November, they hit a 52-week low at $2.60 but bounced back. Shares are currently trading at $4.80.

Keep in mind this comes as the stock had an IPO filing price at $20 in November 2011. It jumped up to $26 but in the last year, has lot more than 70 percent of its value.

Back in November, rumors began swirling that the company needed to get rid of its CEO and founder Andrew Mason. He said at the time to CNN, “It would be weird for the board not to be asking that question.”

With Thursday's bad news for the quarter, Mason defended himself in the earnings conference call. He said the company has been diversifying through new businesses as customers tired of the company's daily deals clogging their emails. New initiatives includes “Goods” which encompasses product sales and a credit card payments service, reported CNN.

Mason said on Wednesday's call regarding its new businesses, “We believe the potential of a local marketplace business, where you can fulfill demand instead of shocking people into buying something they had no intention of buying when they woke up.”

As for Groupon Inc (NASDAQ:GRPN) facing tough times and change, its fourth quarter numbers shouldn't have come as too much of a surprise when looking at its competition.

In October, Amazon.com, Inc. (NASDAQ:AMZN), with its $175 million investment in rival LivingSocial, took a $169 million writedown on the company. Then, the daily deals site laid off 400 of its employees in the ensuing weeks, which represented a 10 percent cut.

ValueWalk learned several months ago that Hayman Capital was short United Development and we just broke the story on twitter. We have FOIAed SEC for further info and been stonewalled... Read More 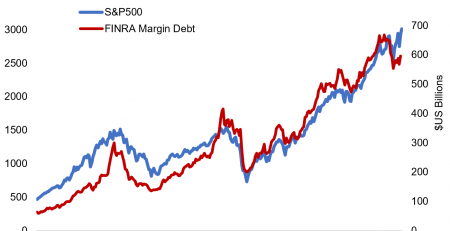 Hilary Till and Richard Heckinger have seen risk management succeed and fail from the inside. Both are veterans in the derivatives industry. Till, a former derivatives trader in Boston,... Read More

Everyone is asking is this the bottom of the housing slump? Many analysts think we have reached a bottom, but Robert Shiller and other experts, are not so sure.... Read More