Half Of Millennials Don’t Like Capitalism; Paul Tudor Jones Warns What We Must Fix This Or We Face Disaster – ValueWalk Premium

Half Of Millennials Don’t Like Capitalism; Paul Tudor Jones Warns What We Must Fix This Or We Face Disaster

Income inequality is at a new record high in the U.S., according to legendary investor Paul Tudor Jones. He spoke about the issue at the Inside ETFs conference in January and called attention to a Harvard study which found that 51% of Millennials ages 19 to 29 either don't believe in capitalism, are against it, or believe in socialism. He also . . .

Activist zealots, not much to report today. Our meager offering of activist new and stories is below. Taking tip at @activiststocks or email, and sign up for our daily... Read More

The Federal Reserve Board and the Federal Deposit Insurance Corp (FDIC) released the public portions of 17 bank resolution plans, a requirement for all banks with more than $50... Read More 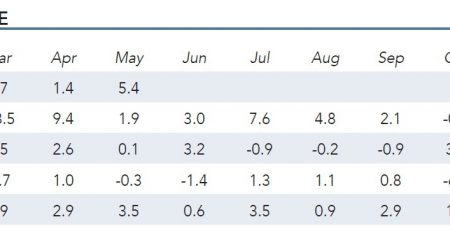 Friday's employment report came in about in-line with expectations at +223K.  Analysts had expected +228K. The slightly weaker than expected jobs picture was probably the perfect report. Essentially, anything above 200K in... Read More

Investment Potential Of Platinum And Palladium

In the previous sections of this edition of the Market Overview, we presented the demand and supply outlook for platinum and palladium. In that part, we would like to... Read More