Halliburton Will Do Whatever It Takes To Buy Baker Hughes

Halliburton Company (NYSE:HAL)'s proposal to acquire Baker Hughes Incorporated (NYSE:BHI) will combine two of the largest oil services companies in the world if regulators allow it to close. There's no doubt that antitrust regulators will be digging through the proposal with a fine-toothed comb before they let it pass.

But will they approve the deal? And if so, how much is it really going to cost Halliburton?

The real cost of the Halliburton, Baker Hughes deal

On the surface, Halliburton has agreed to buy Baker Hughes for $34.6 billion in cash and stock. But the real cost of that acquisition could be much higher. Halliburton stands to pay a hefty reverse breakup fee if regulators block the transaction. Also the company said it was prepared to divest businesses that churn out up to $7.5 billion in revenue in order to get approval from regulators.

The reason Halliburton's and Baker Hughes' proposal will probably receive such careful antitrust scrutiny is because there are probably some areas where the combined company would have a sizeable market share. Any time a merger reduces suppliers in a market from three to two, the Dept. of Justice sits up and takes notice.

So just how likely is it that regulators will agree to let the acquisition close? Antitrust attorney Dionne Lomax of law firm Mintz Levin says it's like that the DOJ will order what's known as a “Second Request,” which will enable the agency to fully investigate the proposal. The more formal name for that request is the “Request for Additional Information and Documentary Materials.”

In most cases, a second request seeks information about the structure of the two companies that are proposing a merger, as well as their assets, facilities and sales. According to Lomax, the DOJ will be analyzing the parts of the oil services business where Halliburton and Baker Hughes compete with each other. Regulators will then assess how a merger of the companies will impact competition in those segments.

“If the DOJ determines there are few remaining competitors post-merger they will have concerns: that the transaction will give the merged firm a substantial share in a particular service and the ability to raise prices to customers [oil and gas companies] and / or the transaction will diminish competition by enabling the facilitation of collusion by the few firms remaining in the market.”

The DOJ will also run analysis to see if reducing the number of competitors in a particular market will make it too easy for the remaining competitors to coordinate prices.

The fact that Halliburton said it will divest some parts of its businesses which generate up to $7.5 billion in revenue suggests that the company may be willing to do just about anything to get regulatory approval to acquire Baker Hughes. Clearly Halliburton is expecting a thorough regulatory review and is prepared to deal with it. Lomax notes that both Halliburton and Baker Hughes have gone through antitrust reviews and divestures in the past.

Halliburton said it would sell its logging-while-drilling and drilling fluids businesses in 1998 in order to clear the way to merge with Dresser Industries. Baker Hughes also had to divest some of its businesses. In 2010, regulators demanded those divestures in exchange for approval for Baker Hughes to merge with BJ Services.

“There the DOJ was concerned that the transaction combined two of the only four companies that provided specialized pumping services, called stimulation services, necessary for the production of oil and gas from wells in the Gulf of Mexico,” Lomax said.

In spite of the regulatory hurdles, Halliburton's agreement to pay a sizeable reverse breakup fee to Baker Hughes if antitrust regulators block the acquisition suggests that it expects the deal to close. The point of reverse breakup fees, according to Lomax, is to shift the risk of the regulatory review over to the acquiring company, which is supposed to reduce the risk of regulators not giving their approval.

“The idea is that the seller incurs costs to the business, for example, loss of employees, customers, during the pending merger review and may also suffer a decrease in the value of the company in the event a deal does not close,” Lomax said. “Given this, it is not uncommon for a seller to seek a substantial reverse breakup fee in deals where antitrust risks are significant in order to ensure it can recoup those costs if the deal is not consummated.”

She said the agreement for the large $3.5 billion reverse breakup fee may have persuaded Baker Hughes to go ahead with the transaction even though it brings with it significant risk due to antitrust challenges. Additionally, she said it requires the buyer to do whatever it takes to get the approval of antitrust regulators.

Russia: Careful What You Wish For – OWTW

This week’s issue will be a bit different than usual. We’re sharing with you an excerpt from our latest Insider Weekly that looks under the hood (bonnet, for our British readers)... Read More

On the Wings of an Eagle William H. Gross I’ve always liked Jack Bogle, although I’ve never met him. He’s got heart, but as he’s probably joked a thousand times by... Read More

Leucadia National Corporation annual report for the year ended December 31, 2015. Get The Timeless Reading eBook in PDF Get the entire 10-part series on Timeless Reading in PDF. Save it... Read More

Active Share is a popular metric that purports to measure portfolio activity. Though Active Share’s fragility and ease of manipulation are increasingly well-understood, there has been no research on... Read More

After a U.S. diplomat said Argentina is in “default” on its debt, the Latin American nation warned that “severe measures will be taken” if the “default” terminology is used... Read More 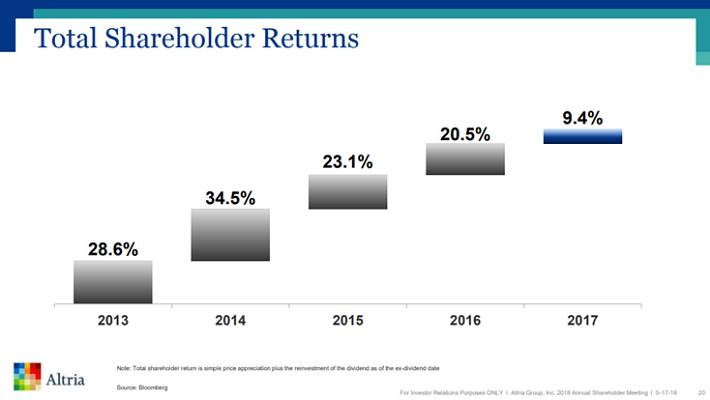