Fox Business Network’s (FBN) Liz Claman reports American International Group Inc (NYSE:AIG)'s, “Hank Greenberg is on the witness list for this week,” in the AIG Bailout trial and sources revealed Greenberg, “will be called to the stand by government attorneys.”

“Sources say former AIG CEO Maurice ‘Hank’ Greenberg is on the witness list for this week and, these sources exclusively tell the Fox Business Network, ‘will be called Thursday or Friday’ to testify in what has become the most closely-watched case related to the financial crisis.  Sources reveal Greenberg, who sued the government through his investment and charitable firm Starr International, will be called to the stand by government attorneys.”

On when Hank Greenberg will appear in court:

“Mr. Boies’ media representatives confirmed to FBN they received a letter from the Justice Department calling Mr. Greenberg to Washington this week. Federal Claims Court is not in session today or tomorrow, due to the Veterans Day holiday. Boies, Greenberg’s lead attorney, considered among the nation’s strongest litigators and has been closely watched during the trial, as have government attorneys who are expected to query Mr. Greenberg about private solutions to the AIG crisis Greenberg has said he could have effectuated in a timely fashion. Sources tell Fox Business if Greenberg isn’t called Thursday or Friday, his appearance could be pushed to next week.”

Get ready for the European stock boom, predicts Morgan Stanley’s European Equity research team. Speaking from the land of negative interest rates and the heart of populist revolt, they... Read More

Discover Financial Services (NYSE:DFS) through its unit, Pulse Network LLC filed a case against Visa (NYSE:V) on allegations that it is using anti-competitive practices in running its debit-card business. Discover’s... Read More

John Hussman - Valuation and Speculation: The Iron Laws by Hussman Funds There are two central considerations in investing that, when used in combination, have been the source of virtually... Read More 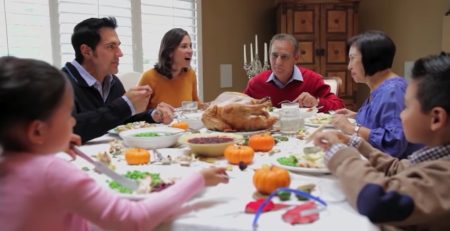 In the introduction to my eBook anthology released by FEE last September, When Money Goes Bad, I zeroed in on an economic cancer responsible for bringing down scores of... Read More