Check out their public 63 page presentation on why they are shorting the Portuguese Debt.

Portuguese Debt: The Status Quo Is Not Sustainable

The Troika Program Is Off Track. The Status Quo Is Leading to Higher Leverage. Portuguese Bondholders Are Now at the Mercy of the Market

Portugal Has Excessive Public and Private Sector Debt Financed from Abroad. Portugal Can Neither Outgrow Nor Devalue it

Austerity Fatigue Has Set In as the People Carry the Full Burden of the Adjustment. Politics and the Constitutional Court Attest to this

Corporates Are Defaulting En Masse and Cannot Sustain their Debt Burdens, Leading to a Vicious Cycle of Deleveraging

The Long-Term Growth Outlook Is Bleak

Portugal’s Sovereign Debt Is Not Sustainable

Debt/GDP Is Very High, Even Unadjusted and Growing 1%pt per Month. Portugal Appears to Be the Third Most Levered Country in the Euro Area

Accounting For Growth And Interest Expense, the Debt Burden Is the Highest In The Euro Area and Is Not Sustainable

In The Most Optimistic Case, the Portuguese Sovereign Has 30% Too Much Debt

Review of Alternatives – PSI Is the Best Rehabilitation Option

• At the beginning of the program, the IMF and the European Commission estimated that nominal GDP would be €174 billion in 2013 or over 5% higher than where it actually will be 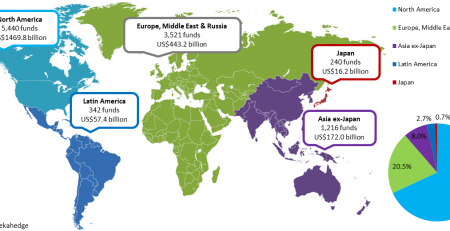 The Upside Of Disruption – Megatrends Shaping 2016 And Beyond

The Upside Of Disruption - Megatrends Shaping 2016 And Beyond by EY From Disruption To Megatrends As disruption becomes an everyday occurrence, we explore its primary causes and the megatrends that... Read More

Trapeze Asset Management The S&P 500 is at a record high and we believe the markets generally are fully valued. Corporate revenue growth is anemic, profit margins are stretched, and... Read More