All leading strategies posted positive performance through the first half of 2016, with macro and credit strategies recording the highest returns

The Preqin All-Strategies Hedge Fund benchmark reveals that hedge fund performance has stabilized after a volatile start to 2016, and recovered from losses seen in the first quarter. The industry posted gains of 0.15% in June, despite global market turbulence leading up to and following the Brexit vote; this represents a fourth consecutive month of positive performance. This streak of positive industry performance has resulted in hedge funds reporting returns of 2.15% for the second quarter, which in turn, has driven overall gains of 1.36% through H1 2016. Despite this, 2016 represents the lowest H1 performance for the hedge fund industry since 2008, when funds saw losses of 0.53%.

Macro strategies generated the strongest returns in June with gains of 1.15%, and are also outperforming all other leading hedge fund strategies across H1 with performance of 3.18%. Credit strategies funds also saw positive returns in June, making gains of 0.44%, and overall have posted robust H1 gains (+2.53%), while multi-strategy funds were the only other strategy to record gains (0.40%) in June. Other leading hedge fund strategies recorded small monthly losses; equity strategies returned -0.02% and relative value funds saw negative performance of -0.10%. Event driven strategies experienced the worst performance in June (-0.50%), yet are still posting gains of 1.74% through H1.

“It has been a mixed picture for hedge funds in the first half of 2016. Suppressed commodity prices and turbulence in global markets led to a difficult environment in January and February. Since then, however, the industry has rallied, with all leading strategies, liquid alternatives and CTAs posting gains through the second quarter.

While investors will continue to monitor hedge fund performance closely over the second half of the year, hedge funds will have to respond to market uncertainty following the vote for Brexit. If performance can be sustained in challenging economic conditions, then fund managers will go a long way to restoring the green shoots of investor confidence that have been nurtured over the past four months.” 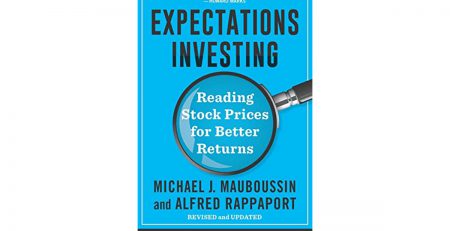 Tremors: The Evolution Of A Short High Yield Strategy

Tremors: The Evolution Of A Short High Yield Strategy by The TradeX Group The current high yield (HY) bubble can be thought of as an impending earthquake that is severe... Read More

Which Commodities Will Benefit From Brexit? Buy gold but be cautious around oil and copper, that’s the main takeaway from Deutsche Bank’s special commodities report entitled “commodities weathering the Brexit... Read More

It seems that Google Inc (NASDAQ:GOOG), the search engine giant is tired of its dominance over the internet, that it has started making inroads in to the auto industry. Google... Read More