The Q1 Hedge Fund Tracker analysis finds that the top 10 hedge funds were severely impacted by U.S. stock market performance in Q1.  In total, the top funds managed approximately $141 billion in equity holdings in Q1, down over $18 billion from Q4 2015.  The funds also decreased the total number of stock positions held from 427 to 408, the fewest stock positions held since S&P Global Market Intelligence began tracking this data in 2014.  Consumer discretionary and information technology stocks led the sell-off, with Apple ranking as the most sold-off individual stocks of the quarter.  The highest volume of buying occurred in in Facebook stock, with a total of $2.3 billion in buys among top funds in the first quarter.

“Many of the trends unfolding in the broad economy are magnified when viewed through the lens of the hedge fund microcosm,” said Pavle Sabic, Head of Market Development, S&P Global Market Intelligence. “Research has shown that buying and selling patterns among hedge funds are closely correlated to subsequent stock market performance, making this quarterly snapshot of hedge fund activity an incredibly useful benchmark for further investment analysis.”

Based on these trends among hedge fund managers, S&P Global Market Intelligence also produced a Trends & Ideas research note, which names specific ETFs that are weighted toward the stocks named in the 2016 Q1 Hedge Fund Tracker.

“While some investors may want to use this analysis to spot securities that are in and out favor by hedge fund managers, others may want the diversification benefits and liquidity that ETFs provide,” said Todd Rosenbluth, S&P Global Market Intelligence Director of ETF Research.  “There are a number of ETFs that emulate a hedge fund strategy.”

Summary of hedge funds in 1Q16

Following is a summary of findings in the Q1 2016 Hedge Fund Tracker:

S&P Global Market Intelligence analyzes the latest quarterly 13F filings* to determine the top ten largest hedge funds based on reported equity assets. Further analysis isolates the universe to pure-play hedge funds that focus on stock picks and hones that universe further to isolate the hedge funds that overweight their biggest investments by capping the number of stocks held at 100.  S&P Global Market Intelligence performs this research quarterly in order to understand what the most prominent hedge funds are buying, holding and selling.  The firm develops the analysis through an examination of both industry filings as well as Excel-based holding models, allowing clients to quickly spot global trends in asset category and understand what some of the largest investors buying, selling and holding.

At S&P Global Market Intelligence, we know that not all information is important—some of it is vital. Accurate, deep and insightful. We integrate financial and industry data, research and news into tools that help track performance, generate alpha, identify investment ideas, understand competitive and industry dynamics, perform valuation and assess credit risk. Investment professionals, government agencies, corporations and universities globally can gain the intelligence essential to making business and financial decisions with conviction. 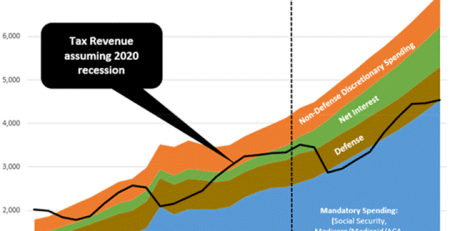 Following our recent visit to Toronto for the Fairfax Financial Holdings annual shareholder meeting and its surrounding events, we once again left confident in the firm’s leadership, as well... Read More

Hudson Yards is a gigantic real estate project on New York City’s western edge that will be the most expensive development in US history when it’s completed in 2025. Get... Read More

Most rich people are good at making money. And in order to stay rich, they also need to be good at keeping their money. Get The Timeless Reading eBook in PDF Get the... Read More