Both Market Neutral and Macros have positive exposure to the US market, while Long/Short bought market exposure in line with benchmark level.

Large speculators continued to slash their longs in Gold, positioning is approaching the 2005 trough. In addition, they sold Corn to a contrarian buy zone, while adding to their wheat shorts back into a crowded short zone.

The global diversified Hedge Fund Index was up merely 0.13% for the 2nd quarter of 2013, underperforming the S&P 500 index’s price return of 2.36% for the same quarter. Equity Market Neutral performed the best after Short biased for June, up 0.13% and 0.97%, respectively. Managed Futures performed the worst, falling 3.41% for June.

BAML models indicate that Market Neutral funds increased market exposure to 14% net long from 11% net long. Equity Long/Short also raised market exposure to 37% net long from 28%; returning to their 35-40% benchmark level. Macro funds increased their long exposures to the S&P 500, NASDAQ 100 index and commodities, while continuing to reduce their exposure to 10-yr Treasuries and the US Dollar index from a crowded long. Overseas, they reduced EM longs and partially covered their shorts in the EAFE markets.

Significant HF moves across asset classes, based on CFTC data

FX. Large specs sold Euros, bought the US $ Index, and added to their Yen shorts. Positioning is neutral.

In an interview on Bloomberg TV's "Market Makers" with Mike McKee, Philadelphia Fed President Charles Plosser said the Fed is getting closer to its objectives for full employment and... Read More 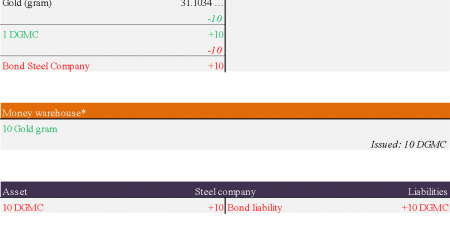 Let us start with talking about bad money, by which I mean the US dollar, the euro, the Japanese yen, the Chinese renminbi, the British pound, the Swiss franc,... Read More